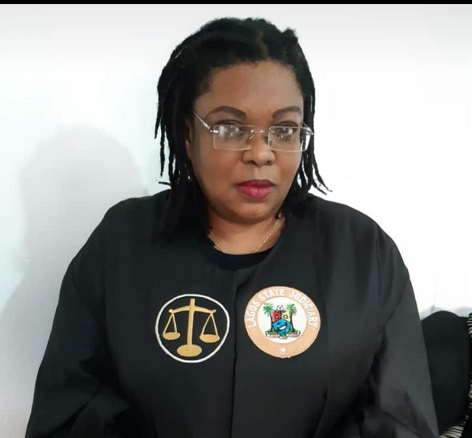 Bimbo, as she is fondly called by all, proceeded to the Lagos State University (LASU), Ojo, Lagos in 1987 where she studied History till she got to Part IV.

Abimbola, in her determination to fulfil her dream of studying Law, left the Lagos State University (LASU), Ojo, Lagos despite being in her final year to accept the admission offered by the prestigious Obafemi Awolowo University, Ile-Ife, Osun State (Popularly called “Great Ife”) to study Law in 1991 and obtained her Bachelors of Laws (LL.B) (Hons.) degree in 1994 which was the springboard to her chosen career path in life – The Bench. She immediately progressed to the Nigerian Law School, Victoria Island,  Lagos where she obtained her Barrister at Laws (B.L) (Hons.) degree and was subsequently called to the Nigerian Bar in 1995.

ALSO READ   Tribute to an Icon, Professor U. U. Uche - By Awa Kalu

Upon her Call to Bar, she had a brief stint as a Junior Counsel in the Law Firm of Akinwunmi Oyewo & Co in 1995 and thereafter proceeded for her National Youth Service Corps (NYSC) at AfriBank Nig. Plc (Now Polaris Bank Plc) (Regional Office) as a Legal Officer in the Legal Department which she rounded up in 1996. She subsequently proceeded to Access Bank Nigeria Plc as a Legal Officer where she worked till 1999. She was appointed into the Lagos State Judiciary on the 10th day of November 1999 as Magistrate Grade II and obtained series of promotion in the course of her duty and rose to the grade of Chief Magistrate I, the highest Magistracy cadre in Nigeria. As a staff of the Lagos State Judiciary, Abimbola served in various Courts and Divisions such as Court 3 Ikeja, Court 10 Ikeja, Court 5 Tinubu, Court 6 Ebute Metta, Court 3 Isolo, Court 9 Ikeja, Court 2 Ikeja, Court 3 Igbosere, Court 6  Ebute Metta and Court 1, Tinubu, Lagos where she served till her demise.

She attended the Celestial Church of Christ, Horeb Cathedral, Ikeja II where she devotedly served God, with all her resources till her demise. She was loved by all and greatly impacted lives.

Late Chief Magistrate Abimbola Oluseye Aoko-Komolafe passed on in the early hours of Tuesday, the 18th day of August, 2020.

She is survived by her Husband, Children, Mother, Sisters, Brothers, Uncles and Aunties.