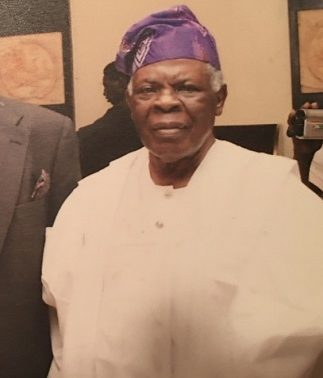 He had his early education at Abeokuta Grammar School before proceeding to the University of London where he graduated from in 1961 with a Bachelor’s in Law. He was called to the English Bar on February 7th, 1961 and admitted to practice law in Nigeria on June 16th, 1961. From 1962 to 1963, he went to Harvard Law School in the United States of America and earned a certificate in Federalism and Administration of Criminal Justice.

On 1st March, 1976, Late Justice Delano was appointed Solicitor-General and Permanent Secretary, Ministry of Justice, Ondo State. He was later appointed a Judge of Ogun State Judiciary on June 1st, 1977. On September 3rd, 1990, he was appointed Chief Judge, Ogun State of Nigeria, at which he served for ten years.

In the course of his career, Justice Delano attended and delivered papers at several national and international fora. He was the sole commissioner, Commission of Inquiry into Ijebu North local Government and also served on the Legal Practitioners Privileges Committee.

He held the title of Baba Ijo of Holy Trinity Church, Okenla, Ifo. He was Otun (Ologun) Balogun of Ake. He also held the title Agbakin Atunluse of Osogbo Land.

Justice Delano died on July 23, 2020 at the age of 85. He is survived by his wife, Grace Ebun Delano and children and grandchildren.