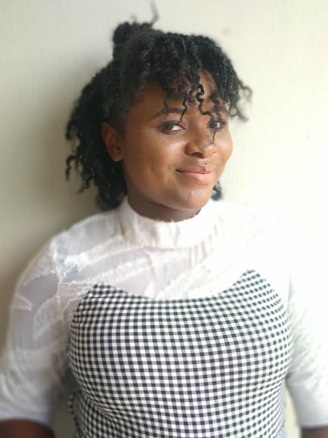 In 2018 I watched a short movie titled Little Blood in which my Friend Olufe starred in. It got me thinking, should Female Gender Mutilation (FGM) be a thing? Should it even be a subject of discussion?

Again, in February 2020, I had this conversation with some older relatives and one of them said FGM was a necessary tradition practiced during her time and which she’s aware  is still being practiced. Prior to the last discussion, I had argued that such barbaric cultural practice was never found in Ekiti State where I come from. I was wrong.

FGM or female circumcision is defined as the ritual cutting or removal of some or all of the external female genitalia[i]. This practice is found in Africa, Asia and Middle East. FGM is a traditional, cultural practice which according to the practitioners, is done to prevent the female child from being promiscuous, since it is believed that circumcising the girl child reduces her sexual desires thereby ensuring that she is faithful to her husband.

Despite the above health risks, study has shown that female circumcision is still being practiced across Nigeria and mostly in the Southern States.The above practice has continued despite the fact that there is presently a legislation which specifically seeks to abolish FGM by criminalizing the practice. One wonders then why there is still report that this practice still takes place in various parts of the country.

ALSO READ   Proposed Amendment To The ACJA - By Nkereuwem Anana

The Violence Against Person (Prohibition) Act, 2015

The Violence Against Person (Prohibition) Act (VAPP) 2015 which is enforceable in the Federal Capital Territory Abuja, and which has been domesticated by states such as; Lagos, Osun, Ondo, Ekiti, Bayelsa, Ogun, Delta, Ebonyi, Oyo, Imo, Edo, Cross-River, Rivers and Anambra is a legislative step as a result of agitations for protection of persons against different forms of violence. Violence, both at the home front and the larger society. This piece of legislation has also come as a succor for the girl child against FGM as it prescribes punishment for such practices.

The relevant provisions of the VAPP Act in this regard are reproduced below:

S 6(3) – A person who attempts to commit the offence provided for in subsection (2) of this section commits an offence and is liable on conviction to a term of imprisonment not exceeding 2 years or to a fine not exceeding #100,000.00 or both.

S 6(4)  – A person who incites, aids or counsel another person to commit the offence provided for in subsection (2) of this section commits an offence and is liable on conviction to a term of imprisonment not exceeding 2 years or to a fine not exceeding #100,000.00 or both.

It is recommended that: