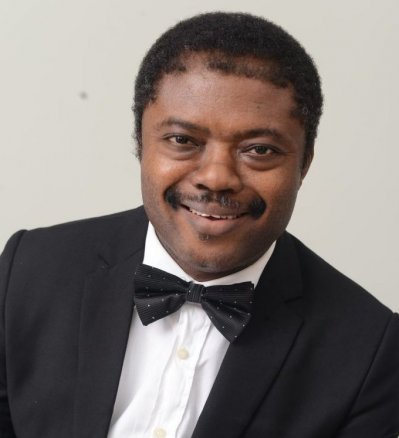 Before the enactment of the Nigerian Finance Act, 2019, Section 19 of the Companies Income Tax Act (CITA) providing for excess dividend tax could pass for the most controversial and criticized provision of CITA. Its criticisms transcended what was perceived as legislative ineptitude to what got bemoaned as judicial insensitivity, as interpretations of that section by the courts received equal knocks. The Finance Act, 2019, widely discussed for its copious amendments to extant tax laws has now brought ample relief to the hardship of excess dividend tax. It clearly excludes from the effect of Section 19 certain classes or sources of dividends.

This article examines the contentious issues of excess dividend tax in the light of the pre-existing law, the relieving exemptions in the Finance Act, and economic prospects from the new law.

(a) no total profits; or

(b) total profits which are less than the amount of dividend which is paid, whether or not the recipient of the dividend is a Nigerian company,

The essence of Section 19 is that when the dividend paid out exceeds the total profit of the company, the dividend is deemed the profit of the company, and is taxed as such under Section 40. Section 19 does not tax dividend as dividend. Taxation of dividend qua dividend is in Section 80 of CITA. The dividend taxed under Section 19 merely represents total profit to be taxed when it exceeds the profit in record. The rationale is to plug tax avoidance channels that might be present when a company reports lower profit but pays out higher dividend.

Knotty issues arising from Section 19 resulted in multifarious litigation which still lingered after several judicial decisions on the cases.

A common teaser on excess dividend tax is why dividend paid out by a company would exceed the total profit of the company in a year of assessment? To clear this preliminary puzzle, the dividend can be traced to various other sources than the trading profit of the company for that accounting year when the dividend was paid out. The controversy of excess dividend tax is that some of these sources might have already suffered income tax, or were not supposed to have attracted income tax in the first place. A few examples of these sources will illustrate the point made here. Dividend received by a company from its investment in another company, and which it shall re-distribute to its own shareholders is franked investment income. Section 80(3) of the CITA frees such income from tax. Yet franked investment income re-distributed can contribute to dividend paid out exceeding total profit. Profits of earlier years carried forward to a later period before dividend is paid on them is retained earnings. The postponement of dividend on them to a future year finds support in Section 380 of the Companies and Allied Matters Act which enables a company to pay dividend from its revenue reserve. The reserved profit – retained earnings, might have suffered income tax in the years of assessment relating to the accounting years in which they arose. Again, it might be that the profit giving rise to the excess dividend is profit from the pioneer period of the company. By the Industrial Development (Income Tax Relief) Act, the profit of a company enjoying pioneer status is free of Companies Income Tax.

Before the legislative intervention in the Finance Act, Section 19 of CITA admitted of no exception. This, in fact summed the object of heated dissension between taxpayers and the Federal Inland Revenue Service. The language of Section 19 was all-encompassing as regards every circumstance where the dividend paid out for a year exceeded the total profit of that year. It gave no consideration to franked investment income, retained earnings or tax-exempt profits which might give rise to excess dividend over total profit as all illustrated above. On the import of Section 19, the judicial attitude was to give effect to the literal wordings of the section. The latest of the cases reflecting this attitude was between Actis Africa (Nigeria) Limited and Federal Inland Revenue Service, decided by the Tax Appeal Tribunal sitting in Lagos on Friday July 5, 2019. In that case, Actis Africa recorded zero profit in 2014 but paid out dividend from its post-tax profit of 2013 which had been carried forward as retained earnings. The tribunal had to resolve whether Section 19 applied to the dividend. In other words, could the dividend, having suffered tax as profit in 2013 still take the place of total profit and be taxed as such in 2014 when it was paid out? The tribunal answered this in the affirmative.

Outcries of public opinion against Section 19 and its judicial application castigated the section as disincentivizing corporate investment income, and revenue reservation. The case of holding companies provides a typical scenario of what critics decried in Section 19. Holding companies are set up for better management of risk and more efficient supervision, with dividend income as their mainstay. The harsh implication of Section 19 was that dividend of a subsidiary to its holding company would be wholly subjected to income tax in the hands of the holding company in spite of the tax exemption of franked investment income under Section 80(3) of CITA. The only pronounced exception to this was by means of FIRS Information Circular No. 2012/01 of April 4, 2012 which exempted from the application of Section 19, dividends of bank holding companies from their subsidiaries. But this only applied to bank holding companies. Double taxation was also highlighted as a gross demerit of Section 19, as the post-tax profit of a company in a year carried forward to a future year when it is paid out as dividend would be taxed once again if the dividend of that latter year exceeded its profit.

FINANCE ACT COMES TO THE RESCUE

Relief from Section 19 has finally come in the Finance Act, 2020 which created clear exemptions from that section for franked investment income, retained earnings, tax exempt profits, and rental and dividend incomes distributed by a real estate investment company to its shareholders. By virtue of Section 7 of the Finance Act, excess dividend tax will no longer apply to the following:

ALSO READ   Revisiting the Age of Consent in Nigeria

For illustration in the case of franked investment income and holding companies, where a holding company earns solely dividend from its subsidiary, its income tax which would have been 30% on the dividend as excess dividend tax before the Finance Act, will now be 0%. This is because the company earns no operational profit. The dividend from its subsidiary exceeds its profit by 100%. This dividend, being exempted from income tax (i.e. excess dividend tax) by Section 7 of the Finance Act, means that the holding company is free from Companies Income Tax. However, any income or profit of such a parent company from any other source than that dividend from the subsidiary would still attract Companies Income Tax.

Another significant aspect of Section 7 of the Finance Act is its conclusion after outlining the exempted dividends. It emphasized the immateriality of whether the dividend is paid out of profit of the year in which the dividend is declared or out of profits of previous reporting periods. This lends ample force to the exemption of retained earnings from excess dividend tax, to the effect that profit taxed once can never suffer Companies Income Tax anymore even in the form of excess dividend tax, and whether in the initial year of assessment or any future year.

Section 19 of CITA was not conceived to create greater tax burden on income, profit or capital gains than what other provisions of CITA and other relevant tax laws intended. The motive of the Section was purely anti-tax-avoidance. It was meant to catch up with a situation where pre-tax profit would ultimately escape income tax in the form of dividend. But, the legislature overlooked circumstances where profits already taxed or which ought not to be taxed by virtue of statutory exemptions give rise to excess dividend over total profit. Consequently, all such profits got caught in the web of Section 19. With the Finance Act, 2019 coming to the rescue, it is hoped that Nigeria will experience greater drive towards conglomerate structures, corporate portfolio investment, and company revenue reservation. Heightened investment in the real estate sector is also an expected positive impact of Section 7 of the Finance Act, while tax exemptions like pioneer status will regain the real substance intended by law. Compulsory Treatment and Care for Victims of Gunshot Act 2017: How...

Effect of Failure to Honor An Atm Card Transaction Where there...