Home News FRN vs Usoro: Why We Omitted Document Confirming that Money Paid to... 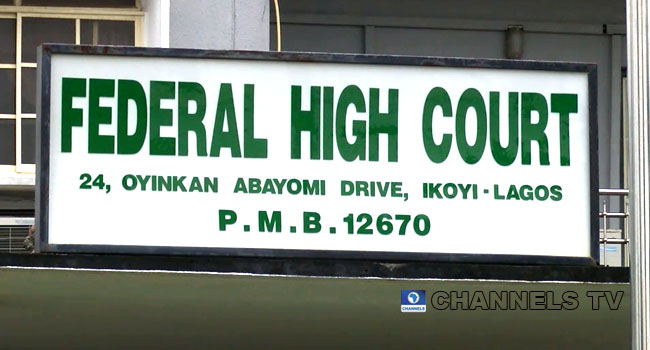 At the resume hearing of the charges filed by the EFCC against the immediate past President of the Nigerian Bar Association (NBA) Mr. Paul Usoro SAN, the EFCC witness (PW2) confirmed to the court during cross examination that the Defendant presented document that could have exculpated him from the allegation of money laundering but the Commission “was not satisfied” with his explanation and he could not tie the payments made by the State to each of the cases as contained in the said document.

The case came up before Justice Rilwan Aikawa of the Federal High Court sitting in Ikoyi, Lagos for the continuation of cross examination of the PW2, Mr. Abdul-Rahama Arabu, an operative of the EFCC.

In trying to establish that the charges filed against the Defendant were baseless, his lead counsel Chief Offiong SAN sought to tender a letter dated 5th June, 2018 by the Defendant which forwarded to the EFCC, cases handled by the Defendant’s law firm for Akwa Ibom State as well as evidence of payment of the sum of N1.1bn in three tranches by the State Government between 2015 and 2016.

According to the lead defence counsel, the letter and the accompanying document which were critical but were deliberately omitted by the EFCC on both the proof of evidence and the exhibits before the court. He noted that the document was only produced after a subpoena was issued on the EFCC by the Honourable Court.

The content of the document which was read in open court by PW2 are:

When asked why such critical document was omitted in the proof of evidence, PW2 responded that the charge was bulky and he is not aware that the letter was omitted

He also informed the court that the commission could not tie the funds paid to the Defendant to the particular cases handled by the Defendant’s law firm.

When told that the Commission asked why Akwa Ibom State paid him money and he explained with proof, the witness retorted; “we were not satisfied”

On whether there was any evidence contradicting the explanation given by the Defendant and the reason why the commission “was not satisfied”, he noted that there was none because those who could have contradicted the explanation refused to attend the EFCC’s invitation.

He also confirmed that the EFCC did not verify whether the State Government had previously paid the Defendant for the cases.

PW2 was also cross examined on his evidence that money paid to the Attorney General of Akwa Ibom State was “kick back”. He was confronted with the Defendant’s explanation that the payment was for lawyers who were on the election tribunal team. Again he responded that the Commission did not believe the explanation. On the bases for the disbelief, PW2 stated that there was no basis as the AG was invited and he failed to attend. He also confirmed that the EFCC obtained the AG’s statement of account but said that he was not sure if same was tendered in evidence before the court. He was asked by the Defence counsel to provide the Statement at the next adjourned date.

The case was adjourned for continuation of cross examination to Friday 4th, December, 2020.

Mr. Usoro SAN is standing trial for receiving professional fees charged by his firm, Paul Usoro & Co from the Akwa Ibom State Government and Governor Udom Emmanuel which the EFCC alleges that he ought to have known “forms part of the proceeds of unlawful act”.