Home Columns Bar and Bench Gombe: Why Is Justice Iliya Not Fit For CJ? 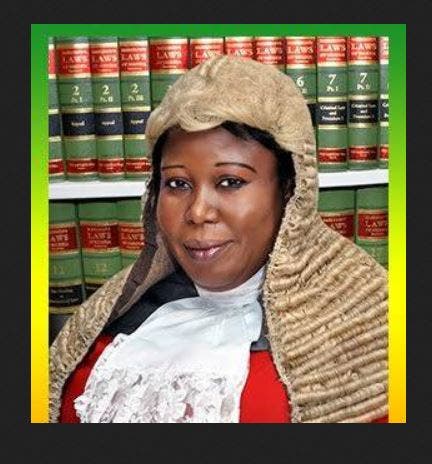 Until last year, the issue of who becomes the Chief Judge of Gombe State Judiciary had never been a subject of contention. In the history of the state, all previous heads of court appointments have been based on the established norm of seniority and competence.

At the retirement of the immediate past Chief Judge of the state, Justice Hakila Heman, last year, the law of natural succession placed Justice Beatrice Iliya as the successor in line with both constitutional and ethical provisions of the legal profession.

Aware of this fact and in accordance with section 270, subsection “4” and “5” of the 1999 Constitution, Governor Inuwa Yahaya appointed Justice Iliya as Acting Chief Judge of the State for three months.

By a letter dated September 2, 2019, the Gombe Judicial Service Commission (JSC) also shortlisted and forwarded her name as its preferred candidate for the Chief Judge and that of Justice Mu’azu Pindiga as a reserved candidate to the NJC for recommendation to the governor.

By a letter dated September 2, 2019, the Gombe Judicial Service Commission (JSC) also shortlisted and forwarded her name as its preferred candidate for the Chief Judge and that of Justice Mu’azu Pindiga as a reserved candidate to the NJC for recommendation to the governor.

Rather than use the period to review and ratify her appointment as Chief Judge at the expiration of her tenure as Acting Chief Judge, Governor Yahaya appointed Justice Pindiga in an acting capacity on December 4, 2019. Pindiga’s tenure as Acting CJ was further renewed on March 4, 2020.

Last month, in a clear breach of the directive by the NJC that the name of the most senior judge should be resubmitted for a recommendation as head of the court, Gombe JSC omitted the name of Justice Iliya and submitted the names of Justice Pindiga and Justice Joseph Awak to the NJC for consideration.

Irked by the clear act of injustice, Justice Iliya petitioned the NJC and questioned the rationale behind the removal of her name despite being the most senior judge and having served as an Acting Chief Judge in the state.

She highlighted the faulty process, procedure and criteria used by the Judicial Service Commission in the assessment and selection of the shortlisted candidates.

She explained that Justice Pindiga being the head of JSC nominated himself and another junior colleague while excluding her name without any reason.

The petition reads, “The HAG proceeded to preside over the meeting and to present his memorandum in which he proposed to the JSC that Justice Pindiga, Ag. CJ/ Chairman JSC and Justice Awak should be shortlisted as preferred and reserve candidates respectively for the purpose of appointment as Chief Judge of Gombe State.

“The HAG’s proposal in the memorandum although he acknowledged my seniority over the shortlisted judges; my unblemished record; and my being eminently qualified for appointment as CJ; nevertheless, went further to justify my exclusion from the proposed shortlist.”

Faulting the nominations, Iliya said the record of performance of the two judges as acting chief judges that influenced the Attorney-General’s view was not presented to the JSC at the meeting.

“The JSC, therefore, took its decision based solely on the personal, unverified opinion of the HAG and not on any objective evidence, acceptable or known, recognised criterion guiding the selection, shortlisting of candidates for appointment to the office of CJ,” she added.

Justice Iliya attended Kabo Girls school Kano and then Government Girls Secondary school Maiduguri where she graduated as one of the tops in her class. She was offered admission into the prestigious University of Maiduguri to study Civil Law. She was the only lady in a class of Sixteen students, but neither was she deterred nor intimidated by the “then” boys in her class, that only made her more determined to put in her best. Work experience

Justice Iliya was called to the bar in 1981 and immediately joined the services of the Bauchi State government in 1982 after her mandatory one-year NYSC in Cross River State.

She served and grew through the ranks until she became a Director Civil Litigations in the newly created Gombe State in the year 1997. She joined the bench as a Judge of the high court in 1998. Her years at the bench have been more than remarkable, as she always met up with the quarterly reports of cases handed down.

She was among the few judges selected and trained to handle the corruption-related matter from 2001 till date. She is one judge that every lawyer gets his axe right before appearing in her court. She does not condone laziness or use of sentiment as against logical presentation of facts.

She had presented several papers at different forums, attended several conferences, workshops and training both locally and beyond the shores of Nigeria. She received a recommendation for about four times from the NJC at its 13th, 14th 16th and 25th meetings.

Just like the case of Justice Akon Ikpeme of Cross River State who has been facing similar circumstance, the plight of Justice Iliya has attracted widespread condemnation. Some stakeholders have petitioned the NJC over the matter.

Discrimination against female gender in the North must stop — FIDA

Reacting to the issue, the International Federation of Women Lawyers (FIDA) has petitioned the Chief Justice of Nigeria against what they termed discriminatory practice against the female gender in some states in the northern part of our country. They noted that the action of the Gombe State government was discriminatory and should not be allowed.

In their words: “We, therefore, appeal that the policies and rules of this committee guide the recommendation of persons to be appointed judicial officers, and to call to order state executive heads to desist from all discriminatory actions in the appointment of judicial officers, especially the position of the chief judge.”

“This brazen injustice that is gaining grounds in some states against female judges, who have worked hard and diligently to deserve an elevation, is not in the interest of justice, and it’s tarnishing the reputation of the judiciary.”

In a petition to the NJC, Centre for Public Accountability claimed that Justice Iliya is being denied her right simply on the basis of her religion and gender.

PAC petition signed by its Executive Director, Olufemi Lawson reads, “We wish to state unequivocally, that the continued refusal of the Gombe state government to deny Justice Beatrice Iliya of her right, is premised on the major reasons of her religion (Christianity) and her gender, being a woman and having risen to such a noble height in her career.

“The action of Governor Inuwa is just one of his numerous attempts at desperately seeking to control the judiciary.

This desperation has been taking further, with the appointment of Justice Pindiga as a replacement, in a clear violation of Section 271 subsection 4 of the 1999 Constitution (as amended). For the purpose of clearity, Justice Pindiga is by far a junior officer to Justice Illiya and we sincerely believe his nomination deserves being thrown out, by your noble commission.

We firmly believe as Nigerians, that the judiciary being the last hope of the common man, should not be manipulated by politicians, as the case of Gombe State judiciary is an attempt to impose a burden of credibility, on the NJC.”

Fatai Abiodun’s Glowing Tribute to Justice Adejumo on His Birthday