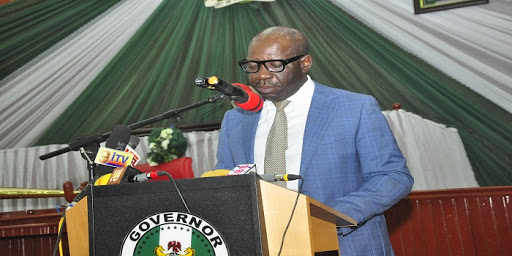 Gov. Godwin Obaseki of Edo on Monday in Benin inaugurated the Edo Small Claims Court and unveiled the practice directions and handbook of the court.

The Nigeria News Agency reports that Edo is the third state in the country after Kano and Lagos States to inaugurat the small claims court.

Speaking at the accasion, the governor said the establishment of the court was a way of simplifying the legal system and providing quick justice dispensation for small business owners.

According to him, the small claims court will take the legal system to the door step of the people and enable the residents of the state to access justice with ease.

“With the small claims court, you can walk to the magistrates’ court close to you without a lawyer and within 60 days you will get justice,” he said

Obaseki urged the residents of the state to own and patronise the court as it was geared towards improving ease of doing business.

The governor said the state would continue to improve the working conditions of judges and magistrates, noting that a strong dispute resolution mechanism was needed for economic growth.

He said that in line with ongoing reforms in the state judiciary, his administration had awarded  contracts for the rebuilding of 16 magistrates’ courts.

The governor added that the state government planned to rebuild all the magistrates’ courts in the state.

In her remarks, the Cheif Judge of Edo, Justice Esther Edigin, said the inauguration of the court would create a platform where small business owners could easily access justice over commercial disputes.

Edigin explained that the entire period of proceedings in the small claims courts from filing to judgement would not exceed 60 days.

“Small claims courts are designed to resolve liquidated debt disputes of N5 million and below in a speedy, informally, less expensive and simple manner,” she explained

Earlier, the Special Adviser to the President on Ease of Doing Business, Dr Jumoke Oduwole, said access to justice remained pivotal for Small and Medium Scale Enterprises to grow.

Oduwole noted that the inauguration of the small claims court in Edo was timely and it was meant to have quick intervention within a very short time limit.

A First of Many Steps: An Inquiry into the Petroleum Industry...