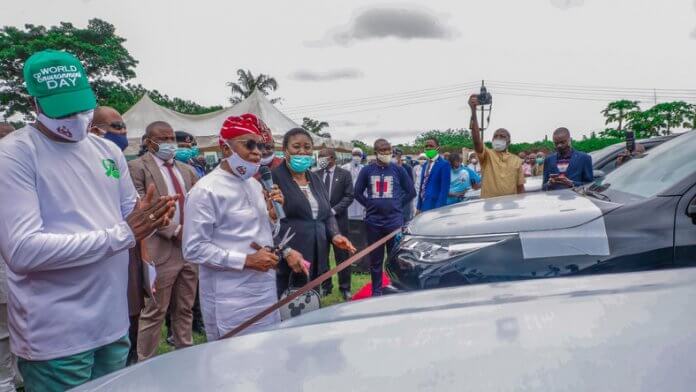 Gov. Adeboyega Oyetola of Osun on Friday presented 13 Toyota Jeeps to the State High Court Judges as part of efforts to enhance the welfare of judicial officers in the state.

The governor, while inaugurating the vehicles at Government House, Osogbo, promised to ensure vibrant and smooth judicial activities in the State.

The News Agency of Nigeria (NAN) reports that the keys of the Toyota Jeeps were handed over to the judges.

Oyetola said: “The state government would continue to play its roles with the judiciary in ensuring that their activities are carried out smoothly.

“We will go round the courts to rehabilitate and rebuild some of the dilapidated buildings.

“The 13 brand new Toyota Jeeps are for our judges purposely for the progress of judicial activities in Osun.”

In his remarks, the Chief Judge of Osun, Justice Adepele Ojo, commended the governor for fulfilling his promises to the judiciary with the believe that such gesture would continue.

She, therefore, said that the vehicles would be used for judicial activities in the State.

Justice A.B. Abdulkareem, who delivered the vote of thanks on behalf of the beneficiaries, commended the governor for fulfilling his promises.