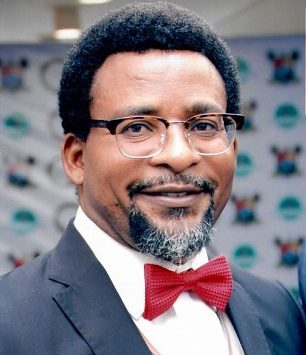 The Lagos State Governor, Mr. Babajide Sanwo-Olu has approved the appointment of Mr. Afolabi Adebayo Solebo as the General Manager, Lagos State Consumer Protection Agency (LASCOPA) with effect from November 5, 2020, succeeding Mrs. Kemi Olugbode as the new head of the Agency.
A letter signed by the Head of Service, Mr. Hakeem Muri-Okunola stated that the appointment took cognisance of the appointee’s track record as an erudite and dedicated legal practitioner.
Solebo, a former Registrar at the Land Use Charge Assessment Appeal Tribunal with the Lagos State Ministry of Justice, graduated from the Lagos State University (LASU), Ojo, with a Bachelor of Law (LL.B Hons) in 1997 and was called to the Nigerian Bar in 2001 as a Barrister and Solicitor of the Supreme Court of Nigeria.
He joined the Lagos State Civil Service in 2001 and served in the Office of Directorate for Citizens Rights and Directorate for Civil Litigation. He was the pioneer Administrator of Peoples Advice Centre, an Office which was later rechristened Public Advice Centre.
The new General Manager of LASCOPA also served in the Directorate of Public Prosecutions where he prosecuted many cases at the High Court of Lagos, the Court of Appeal and the Supreme Court. Between March 2018 and January 2020, he worked as the first Board Secretary and headed the Legal Unit of the Lagos State Sports Commission.
A member of the Nigerian Bar Association and Institute of Chartered Mediators and Conciliators, Solebo is expected to bring his wealth of experience and knowledge to bear in the management of the Agency in line with the policy thrust of the administration of Mr. Babajide Sanwo-Olu.
LASCOPA is a regulatory body of Lagos State established on the need to engender a mechanism for consumers protection and ensure that they have value for their money.
ALSO READ   FG Appeals to Judiciary Workers; Unions Says 2015 Agreement Not Implemented