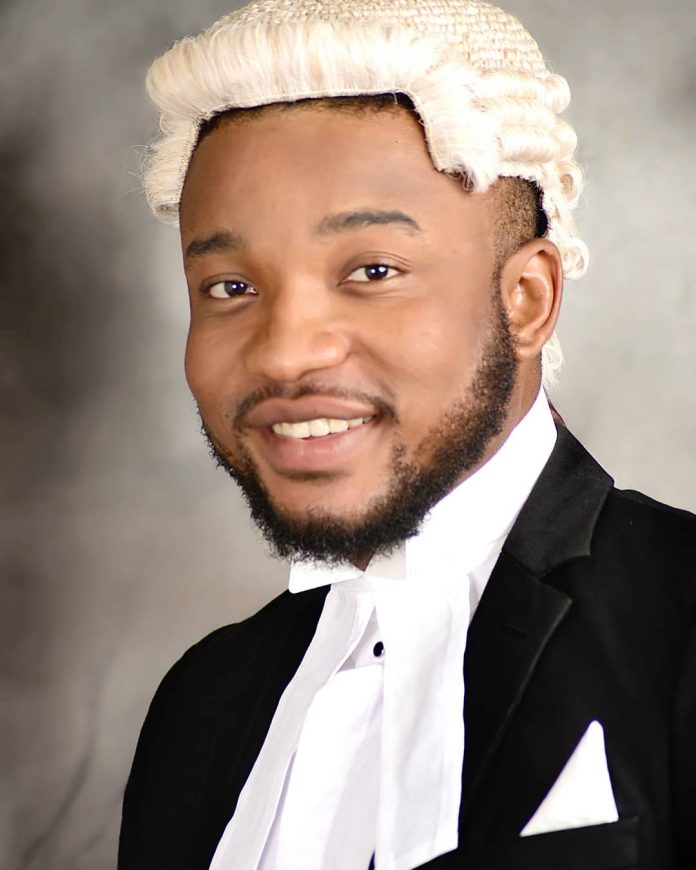 A Petition was recently filed at the Edo State governorship tribunal by Action Democratic Party and Iboi Lucky Emmanuel based on the September 19th Edo State Governorship Election against the Incumbent Governor of Edo State, Godwin Nogeghase Obaseki who is the 3rd Respondent, his party PDP and Ors. One of the Grounds for the Petition by the petitioners is that the 3rd Respondent is not qualified because of double nomination contrary to Section 37 of the Electoral Act, 2010 (as amended). Even before the Election was conducted, the most talked about issue and comparison is that Governor Godwin Obaseki of Edo State will suffer same Verdict of the court which sacked Uche Nwosu of Imo State.Hence, I want to clarify the issue.

The difference may be likened to the illustration below

UCHE NWOSU
Nwosu on October 6, 2018 participated in the APC,S primary and was subsequently
nominated as the party’s governorship candidate. While laying claim to the APC’S
governorship ticket, amidst stiff opposition from members of the party, he was said to have on October 9, 2018, obtained an order of Justice Valentine Ashi (Now deceased) of the High court of the Federal Capital Territory, Abuja, recognizing him as the valid candidate of the party. In the midst of this, Nwosu was also offered the ticket of Action Alliance (AA). He went ahead to contest the Imo state gubernatorial election under AA. However, in the year 2019, the supreme court voided the candidature of Uche Nwosu as governorship flag bearer of
the Action Alliance(A.A) in the 2019 general elections in imo over Double Nomination. The court based its verdict on the fact that nwosu already had a Valid Ticket of the All progressives congress( APC). GOVERNOR GODWIN OBASEKI
He was disqualified during the screening exercise from participating in the party APC (as he then was) primary election to select its flagbearer for the Edo governorship election. Governor Godwin Obaseki according to the screening committee was unfit to qualify on the grounds that his High School Certificate (HSC) and National Youth Service Corps (NYSC)certificate are defective.

WHAT THE ELECTORAL ACT 2010(AS AMENDED) STATES

It is worthy of note that the supreme court in Uche Nwosu’s case nullified his candidacy as the Flag bearer for AA because such nomination was invalid and contrary to the provisions of Section 37 of the Electoral Act 2010 (as amended). The section provides thus

I came across a write up which stated that the Supreme court elaborated thus ‘The spirit of the law forbids anyone to contest for nomination under two or more parties in the same election or even start the process of being nominated by procuring the nomination form’ .With due respect to where ever this came from, it has no binding force because its interpretation is literarily different from what the Electoral Act provides. The Supreme Court may or may not have said this but it is worthy of note that the function of the Judiciary is JUS DICERE (To declare the Law) and not JUS DARE (To make the Law). The body in charge of making laws is the Legislature and the courts are to interprete what the legislature has made. They ought not to add or subtract when interpreting the law. Looking at this, the relevant law which is the Electoral Act used the word Nominated. It never said anything about starting the process of nomination or procuring form.

For a person to be Nominated, the following ought to have occurred

ALSO READ   Ingredients of the Offence of Abduction

1. He must first purchase the nomination form

2. Partake in the screening exercise and be deemed qualified

4. Emerge victorious in the Party primaries.

All this were definitely fulfilled in Uche Nwosu’s case so he was nominated. But
Governor Godwin Obaseki was not deemed qualified; neither did he contest the party
primaries of the All Progressive Congress (A.P.C) which apparently meant he could not have emerged victorious in the party primaries. So then, how can he be said to have been nominated in APC ??? It is obviously persuasive from the above that the Uche nwosu verdict cannot be good
precedence over the Governor Godwin Obaseki scenario because the former was sacked based on the fact that he already had a valid ticket of the All Progressive Congress hence invalidating the ticket he received from Action Alliance (AA) as their flag bearer. Meanwhile, the latter was not even able to fight for the Ticket under APC let alone get it. So how can the case of the former be pinpoint and accurate to rule over the latter ???.

Words ought to be interpreted literarily unless circumstances warrant otherwise and because of this I felt the need to highlight some rules the court follows in interpreting statutes.

This is the Process by which courts interpret and apply legislation. Simpliciter, it is the guidelines that judges follow when interpreting an Act or law. Amongst others, there are three (3) Basic Rules:

1. LITERAL RULE – It simply postulates that the words of a statute should be interpreted ordinarily and in a manner that is used commonly. E.g if a law says it is an offence to offer for sale a knife, a seller who displays knife in his shop cannot be said to offer for sale knives because such a display is not an offer but an Invitation to treat(an invitation which brings an offer). See the case of FISHER v. BELL (1961) 1QB 394, Pharmaceutical Society of Great Britain v. Boots Cash Chemist (1953) 1 QB 401.

2. GOLDER RULE–It simply postulates that were application of the literal rule will lead to absurdity, the golden rule should be applied. E.g A law might state that if a man or woman dies without a spouse and there was no will, his or her sole issue(child) will inherit the entire estate of the parent. A child who been raised by a widowed mother discovers this law hence killing his mother so as to inherit the estate immediately. If the literal rule is followed, a lot of disastrous event will occur. In such a circumstance, the literal rule won’t be followed. See Re Sigsworth case (1935) 1 ch 98

3. MISCHIEF RULE–In this circumstance, recourse is made to the reason why the law was made. In the case of Smith v. Hughes (1960), The defendants were prostitutes who had been charged under the street offences act 1959, which made it an offence to solicit in a public place. The Prostitutes were soliciting from private premises in windows or on balconies so could be seen by the public. The court applied the mischief rule holding that the activities of the defendants were within the mischief the Act was aimed at even though under literal interpretation they would be in a private place.

CONCLUSION /RECOMMENDATIONS
It is important at all times that people critically analyze issues before making comments on them to avoid confusion. The doctrine of separation of powers should be upheld at all times and the courts should not inject preferences into legal issues.

How to Get Clients as a New Wig in Nigeria