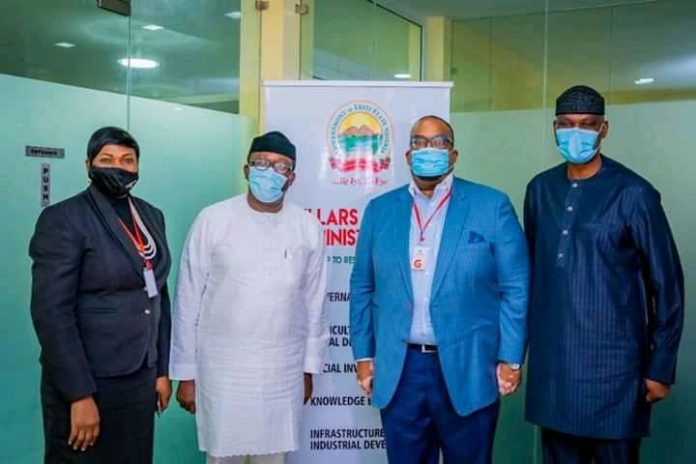 Chairman of Nigeria Governors’ Forum (NGF) Kayode Fayemi has said governors are not opposed to financial autonomy for state judiciary.

He spoke yesterday when President of the Nigerian Bar Association (NBA) Olumide Akpata visited his office in Ado-Ekiti.

The governor said he met with the Chief Justice of Nigeria (CJN), Justice Ibrahim Tanko Mohammad, and President of the Court of Appeal Justice Monica Dongban-Mensem, on behalf of the forum, to reach a common front on modalities for implementation in the states.

President Muhamnadu Buhari, on May 22, signed Executive Order 10 which, among others, would ensure states implement financial autonomy in the judiciary.

Fayemi said the forum was working out acceptable modalities, adding that others had begun implementing judicial autonomy to reform the sector.

The governor said he looked forward to the fresh ideas Akpata-presidency would bring on board to develop the bar.

He said: “Let me assure you of the cooperation of Ekiti and the NGF. One of the issues we’ve been grappling with is the Executive Order 10, which relates to judicial autonomy.

‘’The bone of contention has been the modality of implementation, especially giving a level of endowment from state to state…”

He noted that despite Nigeria’s status as the largest economy in Africa, the legal structure was still trying to catch up with development, hence the need to build capacity in the legal profession.

The new NBA chief urged the state to ensure that the rule of law was respected and people’s rights not trampled upon.

Governors to Implement Autonomy for Judiciary in May – Fayemi