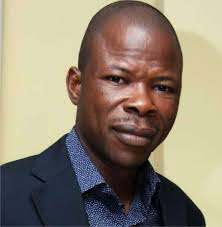 Few days ago, a video of Hon. Isaac Kekemeke surfaced on social media where he was talking to a group of persons with respect to the forthcoming gubernatorial election in Ondo State. I also read his response to the open letter to him by her eminence, Moyinoluwa Olubunmi Falowo, the Regent of Ibulesoro, Akure where she expressed her concerns on the video. In the said response, Hon. Kekemeke confirmed the video and said it was shared by his overzealous aide. For non-yoruba and others, Hon. Isaac Kekemeke in the video said while ‘Idajo’ (nick name for the Chairman, Ondo State chapter of the National Union of Road Transport Workers) will be doing his own; Bayo Igbira will be doing his own and Amoda will be doing his own across the state. My interactions with members of the public revealed that the persons mentioned in the video are non-state actors who have tendencies to disrupt and cause mayhem during the election. He went ahead to mention ‘Federal might’ (a reference to the use of the various security apparatus of the Federal Government to intimidate electorates during election). He stated further that Eyitayo Jegede, SAN, the candidate of the Peoples’ Democratic Party’s ranting that his campaign posters have been defaced, and said derisively that he hasn’t seen anything. He went further to state that he is a Militant and that none of the candidates in the upcoming election can withstand and or talk to Yahaya Bello, the Governor of Kogi State.

As a lawyer Hon. Kekemeke ought not to make inciting comments at all let alone in public. Furthermore, as a lawyer he is under an obligation, amongst other things, ‘to uphold and observe the rule of law, promote and foster the cause of justice, maintain a high standard of professional conduct, and shall not engage in any conduct which is unbecoming of a legal practitioner.’ The quotation is the provision of Rule 1 of the Rules of Professional Conduct for Legal Practitioners.

Could it be that Hon. D. Isaac Kekemeke has forgotten the circumstances of the 2015 General Elections where an incumbent President with his enormous powers (money-wise and military-wise) was defeated. The former President, Goodluck Jonathan even congratulated the winner before the Independent National Electoral Commission (INEC) declared the result. Again, in 2019, Mr. Seyi Makinde defeated an incumbent party in Oyo State and the same were the position in Adamawa and Bauchi States.

The question that will agitate the minds of all the indigenes of Ondo State and their friends across the country is: What will be the gain of Hon. Kekemeke if his militants and militia men kill the electorates in Ondo State?

Let me use this opportunity to remind Hon. Kekemeke that he owes the legal profession and some of us his juniors and admirers a lot of explanations on the said video. Hon. D. Isaac Kekemeke has stylishly in his response to the Regent said Eyitayo Jegede, SAN will not be harmed by him as he has no capacity to harm him neither will he be visited with Yahaya Bello’s or his Militants treatment. I am of the humble view that it is not only the candidates that should be assured of safety, all the electorates in the State need the assurance that no harm will come to them from Kekemeke’s non state actor and state actors as well.

I will implore the ‘Militant’ to read again ‘The Casualties’ by Professor J. P. Clark. Two lines in the poem are apt to this intervention. ‘The casualties are not only those who started a fire and now can’t put out. The casualties are many and a good number as well outside the scenes of ravage and wreck’. Professor J. P. Clark captured the above lines succinctly and the lines perfectly fit the situation on ground. The Ondo State electorates who are to be given the Yahaya Bello, ‘Idajo’, Bayo Igbira and Amoda treatment are our brothers and sisters; our fathers and our mothers; our friends and our colleagues; our nieces and our nephews; our cousins and our neighbours; our uncles and our aunties; our children and our siblings; our teachers and the civil servants; our farmers and students; our okada riders and our drivers; our unemployed out-of-school indigenes of the state and those who have been laid off from their jobs by several circumstances beyond their control. The people who are meting out the treatments on the other hand may be indigenes of the State who have sold their hearts to the devil or those from other states in Nigeria, whichever.

In 1983 General Election in Ondo State I witnessed how an NPN leader threatened electorates with his pistol which we were told the NPN Government had procured for its leaders. Again in 2007, the ‘Owo Agbara’ and ‘Wogba Wegba’ which literarily means ‘the Hand of Power and by Force by Crook’ mentality of the PDP and Labor Party led to the highjack of ballot boxes by state and non-state actors which caused lots of havoc to the psyche of Ondo State people. The end result was the sacking of the PDP led Government. A lesson ought to be learnt from the incident I believe.

Thank you for your time.

Adebola Olarotimi Lema is a former Secretary of the NBA Lagos Branch and a Partner in the Lagos law firm of Fountain Court Partners. adebolamaclema@yahoo.com

Tax Liability of Law Firms in Nigeria – Rethinking the Status...