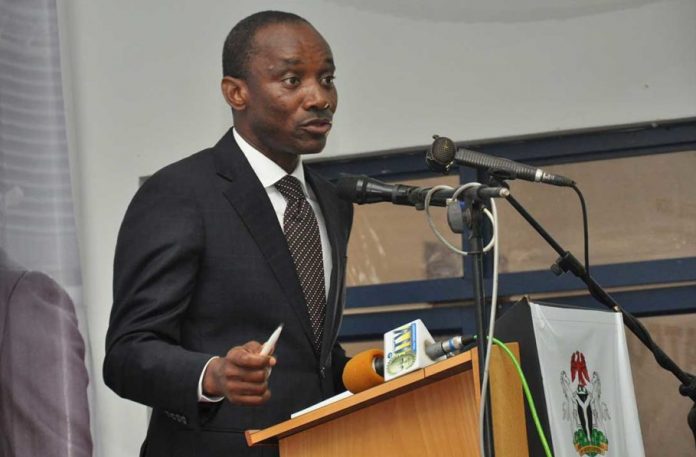 The trajectory of election litigation in Nigeria shows that despite widespread disaffection with the performance of courts in the discharge of their duty as the last arbiter of election disputes, it has impacted positively on the democracy.

A senior lecturer at Baze University, Dr. Sam Amadi, who made this submission at a roundtable organized by the Centre for Peace and Development (CEPAD) of Veritas University in collaboration with Rosa Luxemburg at the weekend, added that courts are making positive contributions such as mitigation of election violence, increasing confidence of political actors in the democratic process, aiding the development of electoral laws, among other positive developments.

Speaking on “when the court casts the final vote: examining the implications of election litigations in Nigeria’s emerging democracy – 2019 in focus,” Amadi said the judiciary needs to improve to live up to its billings.

“When disputes arise during electioneering, it often comes down to an infringement of the right or rights of a person or a group. Inevitably, there will be a need to seek redress through a dispute resolution mechanism. The courts and tribunals are therefore necessary for ensuring that each action, procedure and decision related to the electoral process is in line with the laws of the land.

“It is also the duty of the judiciary to protect and restore the enjoyment of electoral rights; to give people who believe their electoral rights have been violated the ability to make a complaint, get a hearing and receive an adjudication,” he stated.

The former National Electricity Regulatory Commission (NERC) chairman also noted that in order to reinforce capacity of the court to adjudicate election dispute in Nigeria, specialised election tribunals, independent of the mainstream judiciary to oversee election and election-related litigation should be established.

He said: “The judge can concentrate squarely on election adjudication without being encumbered by other matters. It also saves the system the time involved in constituting election petition panels immediately after election, as the specialist court is ready and available. A corollary to that is the fact that the court can speedily resolve pre-election matter within reasonable time to prevent spill over as we currently experience. It allows the judges to be specially trained and their capacity built specifically for election adjudication to ensure fair and just determination of electoral matters.”

Also, Chair, Transition Monitoring Group (TMG), Dr. Abiola Akiyode-Afolabi, who is from the faculty of law, University of Lagos, said the judiciary must reverse the capture of the electoral system by reversing every electoral result that is procured by fraud, violence or manipulation by the Independent National Electoral Commission (INEC).

“The tribunals and the Supreme Court should consider themselves as exercising ‘the right to govern’ as an ‘unusual political institution’. The Nigerian judiciary must redirect governance towards justice and respect for the right of the people.

“In deciding the many electoral cases before it, the judiciary should note that it is not just deciding between contestants, it is reshaping the normative environment for democratic accountability in Nigeria beyond 2019. It is determining whether we move toward ‘Somalia’ or towards Botswana. Already, by the destruction of the integrity of the electoral system we are on the road to Somalia. The judiciary can pull us back if it rediscovers courage and nullifies every violation of the sanctity of democratic elections,” she submitted.

Full Text of President Buhari’s Letter Withholding Assent to the 2021...