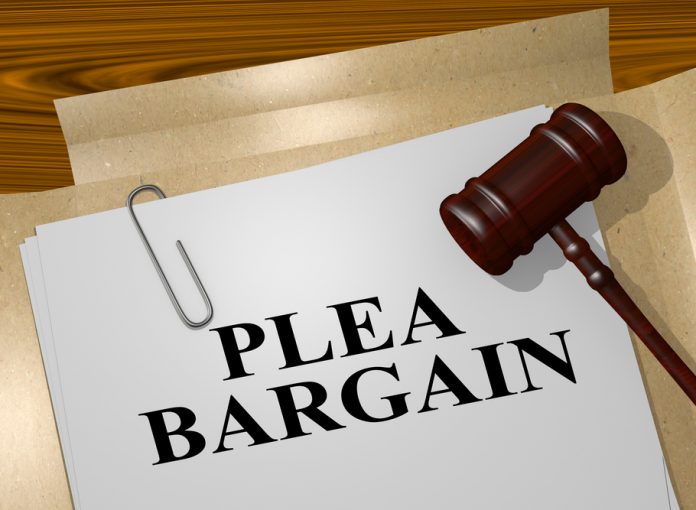 After being sent on suspension for one year without pay for stamping a plea bargain agreement, Justice Abubakar Talba, now of the Court of Appeal, would never hear of anything plea bargain again in his courtroom. Notwithstanding that plea bargain is provided for in the law book, the judge had made up his mind against it – never again!

The plea bargain agreement that caused problem for him was between the Economic and Financial Crimes Commission and a former Assistant Director of the Police Pension Office, Mr John Yusuf, who was charged with N27.2bn fraud.

After entering into a plea bargain with the EFCC, Yusuf had confessed to the crime in exchange for reduced punishment.

In line with the plea bargain agreement between him and the EFCC, Justice Talba, who was then a judge of the High Court of the Federal Capital Territory, Abuja, in his January 29, 2013 judgment, sentenced Yusuf to two years’ imprisonment with a fine option of N750,000.

But the National Judicial Council frowned on the decision, saying Justice Talba “did not exercise his discretion judicially and judiciously,” when he imposed N750,000 fine on Yusuf, who had confessed to the  N27.2bn theft charges.

The Court of Appeal in Abuja would later on March 21, 2018 set aside Justice Talba’s verdict and increased the jail term imposed on Yusuf from two to six years and also mandated the convict to pay a fine in addition.

Since then, Justice Talba became wary of anything plea bargain.

About 20 months after resuming from suspension, he was again confronted with another case of alleged pension fraud involving Ibrahim Mazangari, Muhammed Sulaiman, Hajia Fatima Mazangari and Saleh Tsojon.

When the case came up on December 14, 2015, the lawyer representing two of the defendants had hardly mentioned that there was then an ongoing talk with the EFCC for plea bargain, when Justice Talba warned him not to go further.

The unfriendly attitude of some trial judges towards plea bargain may not be unconnected with Justice Talba’s ordeal.

Recent instances show that some judges now go overboard in scrutinising plea agreements reached between the prosecution and the defence, to the detriment of the right of the defendant.

For instance, on August 15, 2019, Justice Muawiyah Idris of the FCT High Court in Nyanya, Abuja, sentenced a cybercrime convict, Chinaka Promise, to four years imprisonment contrary to a plea bargain agreement he had with the EFCC.

The Court of Appeal in Abuja on May 22, 2020 affirmed the conviction, but set aside the sentence on the grounds that the trial judge rejected, without giving valid reasons, the plea bargain agreement which exempted a jail term.

Justice Emmanuel Agim, who read the lead judgment of the appellate court’s three-man panel, ruled that by virtue of Section 270(11) and (15) of Administration of Criminal Justice Act, the trial court ought to inform the accused of its decision to deviate from the plea agreement to give him an opportunity to elect to withdraw from or abide by the plea agreement.

He ruled that it was unfair and smacked of obtaining by false pretence when the accused was not given an opportunity to review his guilty plea after the conditions upon which it was premised had changed.

“It is desirable that plea agreement obtained in return for a plea of guilty be respected by the trial court,” Justice Agim ruled.

Similarly on July 24, 2020, the Court of Appeal in Abuja set aside the three years’ imprisonment imposed by the same Justice Idris of the FCT High Court on another defendant, Karo Ijire, who was accused of Internet fraud.

Like in the case of Promise, the Court of Appeal held that the trial judge departed unjustifiably from the plea bargain agreement between Ijire and the EFCC.

To many members of the Nigerian public, the concept of plea bargain is simply an arrangement to offer high-profile defendants a soft landing after they have been found guilty of egregious crimes.

This belief might have been cemented by how a former Inspector-General of Police, Alhaji Tafa Balogun; a former governor of Bayelsa State, the late Diepreye Alamieyeseigha; and a former governor of Edo State, Lucky Igbinedion, all got light sentences after being convicted of looting huge sums from public treasury.

But the Solicitor-General of the Federation, Mr Dayo Apata (SAN), maintains that plea bargain is a positive concept, which, if applied judiciously, would not only save time and energy in criminal cases and make the recovery of looted assets easy, but also help in solving the problem of prison congestion.

Apata made this submission while presenting the plea bargain manual designed by the Federal Ministry of Justice to the Attorney General of the Federation, Mr Abubakar Malami (SAN), in July.

The Solicitor-General of the Federation was represented at the event by the Director of Public Prosecutions of the Federal Ministry of Justice, Mr Etsu Mohammed.

He said the plea bargain manual, which contains 15 Articles, was developed by the Federal Ministry of Justice with the support of the Rule of Law and Anti-Corruption; the European Union and the British Council.

He said, “The practice of plea bargain is often misunderstood as a means of giving soft landing or a mere slap on the writs to individuals who have looted the resources of the state.

“Unlike in the past, the practice of plea bargaining has now been given statutory backing by the Administration of Criminal Justice Act 2015.”

The President of the Centre for Socio-Legal Studies, Prof Yemi Akinseye-George (SAN), who worked as a consultant in the development of the manual, noted that Article 8 “describes specific factors which must be considered before recommending a plea or sentence bargain” to ensure that it was done in public interest.

He added that while the procedure of plea bargaining could be initiated by either the prosecution or the defence, “in all cases, the application must be in writing and approved by the attorney general.”

Also alluding to the merit of plea bargain, the National Programme Manager of RoLAC, Danladi Plang, said after his organisation supported Lagos State to develop its plea bargain manual, the state had resolved over 3,000 cases.

Plang, however, called for the training of prosecutors in the use of plea bargain manual, adding that the media must be engaged and educated on the advantages of plea bargain so they could in turn disabuse the mind of the public to the concept.

A member of the external prosecution team which handled the Yusuf case on behalf of the EFCC, Mr Oluwaleke Atolagbe, in chat with our correspondent, stressed the need for water-tight investigation in the promotion of plea bargain.

Atolagbe said, “For plea bargain arrangement to be effective and serve the purpose of deterring further crimes, investigation by the concerned agencies of government must be thorough and properly carried out.

“The prosecution must not agree to punishment that would be grossly and manifestly insufficient for the crime; the court must also be ready to reconsider or review the sentence where it becomes necessary and most importantly the defendant must not be seen to have benefitted from his wrongdoing in any way and in this direction are the issues of restitution, forfeiture of proceeds of crime, compensation for the victim of the crime, etc.”

Another private prosecutor, Mr Oluwatosin Ojaomo, said as beautiful as plea bargain was, “abuse of the process is a subject of concern to most of us, especially in corruption-related cases.”

Ojaomo said courts needed “to always consider the spirit behind such plea bargain agreement before adopting it as the judgment of the court in matters where it is proposed.”

Navigating Through the Labyrinth of Extradition; Hushpuppi’ as Case Study –...