Home Columns Bar and Bench “I Had to Pay for My Casket” – Retired Justice Ukana’s Pensive... 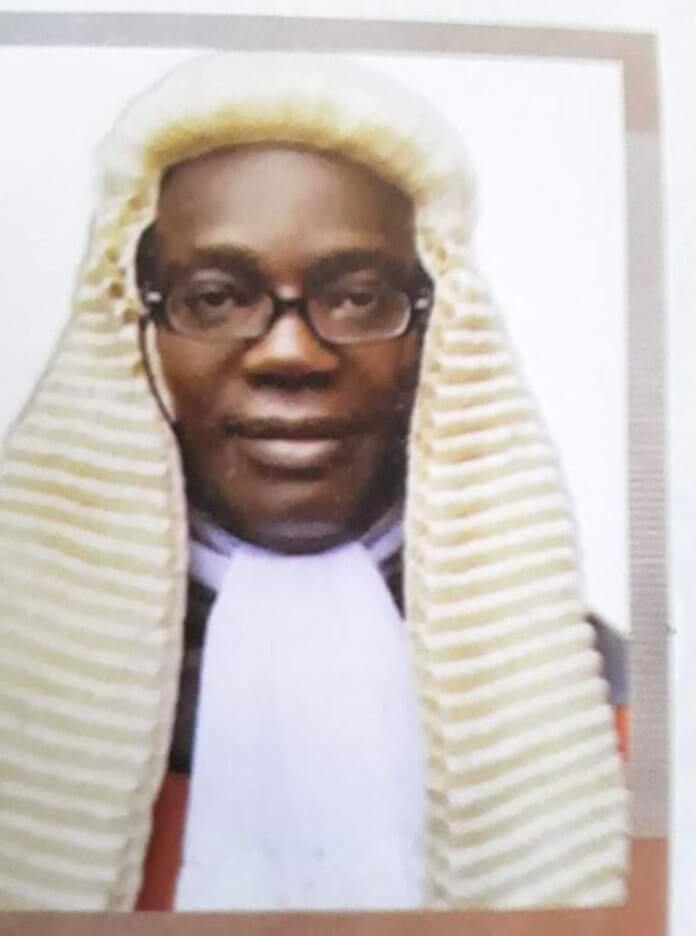 A newly retired High Court judge in Akwa Ibom State, Ifiok Ukana, said he was trailed by operatives of the Nigerian secret police, the State Security Service (SSS), for two years, after he delivered judgment on a particular case.

The retired judge said he knows that times are bad in Nigeria and that he has paid for his casket, in case he was killed.

Mr Ukana said this on February 25 in Uyo during a valedictory service organised for him by the Akwa Ibom state judiciary.

The Chief Judge of Akwa Ibom, Godwin Abraham, was among the dignitaries present at the event.

Mr Ukana said the SSS’ action was one of the most agonising moments in his life as a judge.

He said the state chief judge, Mr Abraham, whom he said is his friend and a born again Christian like him, refused to come to his aid when he reported the matter to him.

Mr Ukana said Mr Abraham had, at some point when he was seeking for his intervention, retorted, “Who will believe you that these men are after you?”

“The last two and a half years for me has been one of great pain and regret,” the retired judge said to a large audience which comprised judges, lawyers, politicians and ordinary Nigerians who came out to honour him.

“I have shared with many of my learned brothers and they know my travails on the bench.

“The SSS was released against me from July 2017 up till this morning. If you come to my neighbourhood you’ll see them there. What are they looking for? What is their mission?

“I sit next to the chief judge, a believer, and a friend. But I regret to say in this moment of trial, he did not come to my aid.

“Several learned brothers raised the issue pointblank, I complained (to the chief judge) but the retort he made at a particular occasion left me pained, he said, ‘Who will believe you that these men are after you?’

Mr Ukana had put aside his prepared speech for the valedictory service and chose to speak extempore. Many people considered his remarks as being rare in the history of Akwa Ibom judiciary and an open rebuke on the state chief judge.

Continuing, Mr Ukana said, “Ask anybody in my church, I don’t belong to the group that fancy long life, particularly in a country like Nigeria.

“In this country, a serving attorney general was killed and nothing happened!

“Let me reveal to you, I had to pay for my casket. I had to because these same men masquerading can kill me anytime,” he said.

The retired judge gave a little insight into the case he said prompted the SSS to trail him.

“If a matter is decided and the principal litigant did not like it, why did he not appeal? Why resort to guerilla tactics and abuse of state authority to intimidate, to harass and cause me sleepless nights?” he said.

“A judge cannot be subservient, there is only one oath of allegiance which is to dispense justice without fear or favour, with ill will to none. And if I have done that and somebody sitting somewhere believing he is connected politically and hide under the shadow of rehabilitation into a new caucus and do this to me, then he has failed.

“The rehabilitation is one thing, being fully in control is another thing.”

Three persons who are knowledgeable about the case in question told PREMIUM TIMES that the retired judge was referring to a case in which a former governor of Akwa Ibom State allegedly had interest. They declined to provide further details.

Mr Ukana said Nigeria was going through turbulent times and that lawyers must “spend sleepless nights” to think of how to salvage the country.

“If we are privileged to have three square meals, let us remember those living next to us who cannot afford one meal. High fences, iron gates, protectors are useless if the masses revolt,” Mr Ukana said.