Home News “I Remain in Eternal Debt to Lawyers Who Stood by Us” –... 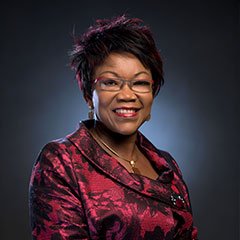 Following the Court of Appeal decision today quashing 4 out of the 10 count charge preferred against the President of the Nigerian Bar Association (NBA) Mr. Paul Usoro SAN, (Read here), his wife Mrs. Mfon Usoro has penned down a note of appreciation to lawyers who by actions and words contributed to the success of the case so far.

Notably, an elated Mrs. Usoro stated that she would remain in eternal debt to Chief Wole Olanipekun SAN, Chief Offiong Offiong, SAN and other Senior Advocates of Nigeria and all Lawyers who appeared in court to defend the rule of law.

On the day of Paul Usoro, SAN’s unjustified arraignment by the EFCC, I perched on a concrete slab outside the courtroom as did scores of lawyers who could not gain entry to the overcrowded courtroom. As the proceeding was underway, loud gasps, moaning, noises emanated from the courtroom. Curious and very concerned I rushed to the veranda of the courtroom straining my neck unsuccessfully to see what the commotion was about. A counsel (the person was roped) volunteered information almost in tears. The EFCC lawyer has prayed the court to remand our President in prison while his bail application is processed. I said but the murmurings and grumbling? A man (not roped) muttered, Olorun this man must pray o, my heart sank but he continued. Madam, you are hearing expressions of shock, disbelief, curses in multiple languages on the lawyer who wants the man to go to prison. I shoved my way closer to the open doorway and enquired from another lawyer the status of the proceedings. I was informed that Chief Olanipekun, SAN was making a very passionate plea with profound statements to the court that the President must not be remanded in prison and should be released on self-recognizance. I returned to my spot under the tree.

Rotimi Oyedepo dared to utter his wish that the President of the Bar who was at the time under administrative bail be remanded in prison. Mr Usoro, SAN to Oyedepo’s knowledge voluntarily appeared in court, voluntarily responded to all the EFCC’s invitations to their offices. Oyedepo harboured no suspicion whatsoever that Mr Usoro was a flight risk and had no reason to but longed to put the Bar President in prison. It is unhelpful to speculate on his motive. It was not God’s will for the innocent. Mr Usoro slept in his house that day.

Oyedepo refused to serve Mr. Usoro the fake charges in court (they had set a date for arraignment in court without charge having been served) as prayed by Chief Olanipekun, SAN. Oyedepo ordered that his Bar President be forced into the EFCC rickety, pest infested mini van rather than drive in his car to the EFFC office to be served the fake charges. Not knowing at the time where he was being taken to, I followed the EFCC van in my diplomatic vehicle with diplomatic plate number. Alas! the EFCC van stopped suddenly, an officer alighted, approached my vehicle,  gun drawn and ordered me not to drive behind them followed by the usual threats in total disregard to the obvious diplomatic status of the vehicle. Power!

Today, Oyedepo allegedly is among the EFCC officers suspended as part of the on-going investigations of EFCC activities.

Paul Usoro, SAN fervently believes in and observes the admonition in Colossians 3:13 ”Continue putting up with one another and forgiving one another freely even if anyone has a cause for complaint against another. Just as Jehovah freely forgave you, you must also do the same.” For those who know him, he is constantly cheerful and smiling even with those who wish him ill. He would not approve this message which is the reason I have not grant him a preview. Still, I trust he will save me should I get into trouble for sharing my thoughts.

I remain in eternal debt to Chief Olanipekun SAN, Chief Offiong Offiong, SAN, the scores of Senior Advocates of Nigeria, Senior Lawyers and many many lawyers who were in court and continue to support the drive for the entrenchment of the Rule of Law in the face of persecutions. The story will be told at the right time. Meanwhile, stand still and watch Jehovah fight our battles. Mfon Ekong Usoro