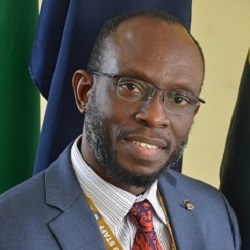 It was a day of unending encomiums as the who is who in the legal and academic community gathered to celebrate a man who many described as a bridge builder, innovative leader and an embodiment of humility, Professor Olanrewaju Adigun Fagbohun SAN, NPOM, the Vice Chancellor of Lagos State University whose tenure will end in January, 2020.

The event was the official launching of the TV documentary and a Compendium titled “Effective University Administration in Honour of the Vice Chancellor who has been named the Iconic Fagbohun by the Icon Builders Concepts, an innovative agency with specialization in identifying and showcasing great achievers across varying fields in Nigeria and diaspora.

Some of the outstanding qualities and achievements of Prof. Fagbohun which were highlighted during the event were his  bridge building ability which reconciled the Management and Union members of the institution which many say is unprecedented. The various aggressive infrastructural development and pursuit of academic excellence which has put LASU as the first among State Universities and 2nd best University in Nigeria  according to the global education ranking body – Times Higher Education.

Perhaps a run down of some of the achievements of Prof. Fagbohun SAN compiled by Centre for Information Press and Public Relations, Lagos State University contributed to the school’s recent ranking:

Prof. Fagbohun SAN became the 8th substantive Vice Chancellor of LASU on 4th January, 2016. Prior to his appointment he was the Director of Studies and Director of Research in the school and Chike Idigbe Distinguished Professor of Law at the Nigerian Institute of Advanced Legal Studies (NIALS). During his tenure, he was honoured by the President of the Federal Republic of Nigeria with the National Merit Award on Productivity  – National Productivity Order on Merit (NPOM). He was also conferred with the prestigeous rank of Senior Advocate of Nigeria.