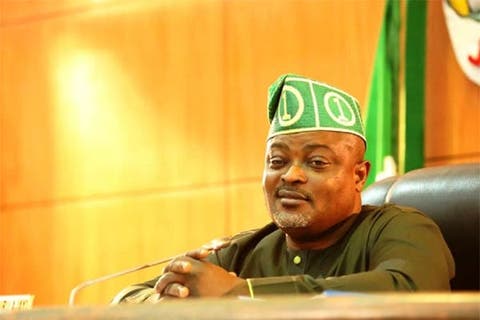 The Speaker of Lagos State House of Assembly, Hon Mudashiru Obasa, has said he is a responsible lawmaker who has nothing to hide.

He was reacting to his invitation by the Economic and Financial Crimes Commission, EFCC on Thursday over allegations of fraud and financial misappropriation.

Obasa in a short statement signed by him said: “The Economic and Financial Crimes Commission invited me today (Thursday). As a responsible citizen and lawmaker, I honoured the invitation. I have nothing to hide. When we are called upon by law-enforcement agents in their investigations, as responsible citizens, it’s our duty to oblige them.”

A Federal High Court in Lagos, had, on Thursday, granted the Economic and Financial Crimes Commission, EFCC, temporary forfeiture of funds linked to Mudashiru Ajayi Obasa, Speaker of the Lagos State House of Assembly.

The EFCC in a motion dated August 12, 2020 and marked FHC/L/CS/1069/2020, asked the court to issue an order directing that the funds in three bank accounts be forfeited in the interim.

According to the anti-graft commission, the three bank accounts are “being investigated for the offences of conspiracy, diversion of funds, abuse of office and money laundering.”

After hearing the application filed by S. Sulieman, counsel to the EFCC, the court ruled in favour of the commission on September 15, 2020.

Earlier on, Thursday, Wilson Uwujaren, EFCC spokesperson, confirmed that Obasa was at the agency’s office for interrogation.

“He responded to an invite from the commission this morning,” Uwujaren confirmed.

“I Remain in Eternal Debt to Lawyers Who Stood by Us”...