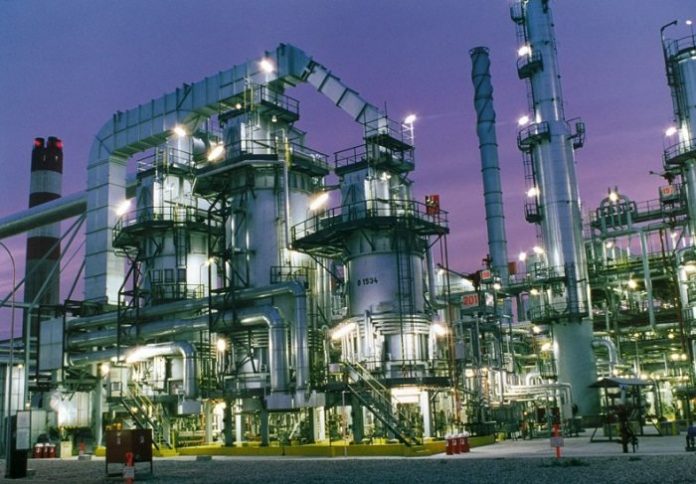 The Presiding Judge, Owerri Judicial division of the National Industrial Court, His Lordship, Hon. Justice Ibrahim Galadima has ordered Portharcourt Refining Company limited to pay her ex-staff Mr. Ray Chinda the sum of N300,000.00 as salary in lieu of the notice of his employment termination as provided under the NNPC Corporate Policy and Procedure Guide, and the sum of Fifty million Naira punitive and aggravated damages within 30 days.

The Court held that the consequence of the firm refusing to reinstate the Mr Chinda since 2000 when the Federal High Court had so ordered and having laboured from one Court to another in the last 20 years in the quest for justice justifies him to an award of compensation and punitive damage.

The claimant’s Ray Chinda had submitted that the firm remained forceful in its refusal to obey the valid judgment of the High Court he obtained against her since the year 2000 on his reinstatement and the payment of all outstanding arrears owed him that the appeal filed was dismissed by the Court of Appeal in 2013.

His counsel S.L.O AGBO Esq opined that the same judgment had caused Claimant to labour in the Courts for 20 years now, equated the Defendant’s action as a willful act of refusal to obey the valid judgment of a Court, urged the Court to s consider the facts in the interest of justice and grant 100 million naira as aggravated damages and the sum of N84,355,337.00 (Eighty Four Million, Three Hundred and Fifty-Five Thousand, Three Hundred and Thirty-Seven Naira) as the cumulative salary and entitlements from January 1998 till 2016.

In defence, the firm Counsel Frank Chukuka Esq with D.O. Ndukwe Esq submitted that the judgment did not specify the periods which the Claimant is entitled to even though in his reliefs before that Court, he had requested for his salaries up to 2016 that there are inconsistencies which make the judgment impossible of enforcement that the claimant had been dismissed since and further that all the arguments go to no issue whatsoever since they amount to relitigating the suit afresh which the court lack jurisdiction to do so.

Delivering the Judgment, the trial Judge, Justice Ibrahim Galadima held that the Court cannot review the evidence which led to the decision made by the High Court as doing so shall amount to sitting on appeal over the decision of a court of coordinate jurisdiction that the only evidence the Court is allowed to receive and determine relate purely to the quantum of damages to be awarded to the Claimant based on the High Court’s decision against the Defendant.

“With regards therefore to the period the Claimant’s salaries must be paid to him, I reckon that for the judgment of the High Court to be practicable for enforcement, having nullified his suspension of 8/1/98, the relationship between him and the Defendant became automatically terminated.

“Nevertheless, all these merely suggest emphatically that the Defendant is no longer interested in retaining the Claimant as one of its employees. So, having refused to reinstate him in compliance with the order of the High Court made in the year 2000, the only inference to be drawn is that the Claimant becomes entitled to a lump sum compensation in the form of punitive damages in lieu of such defiance.

“… because of the blatant and willful act of this Defendant in defying the valid judgment of a Court made since 2000; the withholding of the fruit of the Claimant’s judgment without any certainty to when he shall reap same; the unnecessary labour to attain the ends of justice; the protraction of this suit since it was first initiated to date; the suffering the Claimant must have gone through either financially or psychologically and the attitude displayed by the Defendant being a large corporation with endless resources to challenge this suit and to flagrantly disregard the valid orders of Courts in Nigeria; the potential loss of fate of the common man to getting justice in any law Court in Nigeria; I concede it is almost difficult to place any monetary value which shall be adjudged as a fair compensation for the Claimant.”