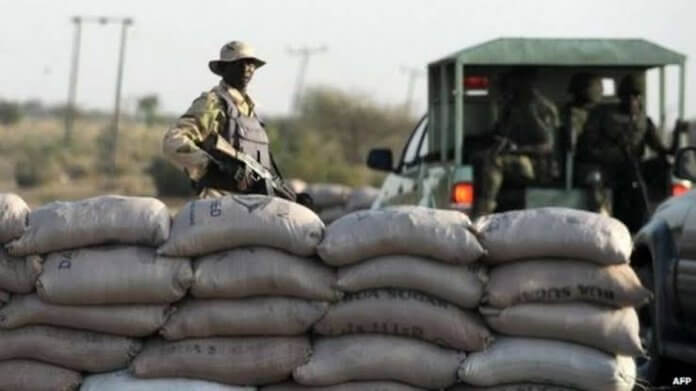 In Nigeria, we have gotten to that level that Motorcycle riders popularly known as Okada riders are always asked to come down and push their motorcycles while the passenger follows on foot whenever they approach any checkpoint particularly military checkpoints. However, the military have always defended this sinister act on the grounds of security reasons but it is pertinent to ask the position of the law in this regards.

The Nigerian constitution in cognizance of the inalienable right of the citizen, notwithstanding his station or standing in life to freedom of movement to breath the fresh air and walk the great lands of this country, Nigeria, free from the tsunamis and hurricanes of other far distant countries, has provided for the freedom of movement as a constitutionally guaranteed right of the citizens by virtue of section 41(1) of the 1999 Constitution. A citizen in enjoying his right to move freely can decide to go by any means of transportation of his choice. E.g. motorcycle (Okada), Car, bicycle or even tricycle (keke).

The importance of fundamental rights cannot be overemphasized and it has received judicial baptism particularly in the case of Nweke & Ors v The IGP of Police & Ors (2013) LPELR-CA/PH/160m/2009 per ADAH J.C.A, held that:

The right to freedom of movement consist of moving freely by any means of transportation of your choice and right to use the roads freely without restrictions or unwarranted interference except where there is an existence of law that restrict the use of a particular means of transportation on a particular road. The court in the case of AG & Commissioner of Justice, Kebbi State v Jokolo & Ors (2013) LPELR-CA/A/35/2010 held that:

In consideration of the above case and actions of the military personnel in forcing Okada riders to push their Okada while their passengers trek on foot at checkpoints, the onus will lie on the military to justify and show that their act of restricting Okada riders from using the same road with other motor vehicles at checkpoint is lawful. The word lawful according to Dictionary.com means “allowed or permitted by law; not contrary to law”.  Section 3 of Interpretation Law Cap 52 of Laws of the Federation, 2004 defines Law to mean any law enacted or having effect as if enacted by the legislature of state and includes any instrument having the force of law which is made under a law.

It is important to state that there are laws in Nigeria that were duly enacted that regulates the use of roads by motor vehicles, Okada’s and persons etc and there are some laws duly enacted that bans Okada riders from using or plying on certain roads in Nigeria. E.g. Federal Highways Act, Cap F13, Laws of the Federation of Nigeria, 2004, FRSC Act, 2007, Lagos State Road Traffic Law, No 4 of 2012. For instance, Section 3(1) of Lagos State Traffic Law, No 4 of 2012 prohibits the riding, driving or propelling of a cart, wheel barrow, motorcycle or tricycle on the major high ways in Lagos.

Aside some of the laws mentioned above, there is no law in Nigeria that states that Okada riders are to stop at checkpoints and push their Okada while their passengers trek on foot till they pass the checkpoint. This sinister act of military personnel goes against all that human rights standards and norms stands for, it in a way rips off one’s inherent dignity, freedom to move freely by any means of his choice and discrimination by virtue of class/status and therefore such act is unconstitutional.

Furthermore, it is pertinent to state that this sinister act of the military personnel is also an infringement of the right to dignity of human person. The right to dignity of human person under Section 34 of 1999 CFRN is not a nebulous one. The constitution is clear on what it entails. That section provides: 34. (1) “Every individual is entitled to respect for the dignity of his person, and accordingly – (a) No person shall be subject to torture or to inhuman or degrading treatment.”

The Court in AG & Commissioner of Justice Kebbi State v Jokolo & Ors (Supra) per TUR, J.C.A defined degrading treatment as to do unpleasant things to someone and to make him lose self respect. This degradation is a reduction in rank, degree or dignity… a lessening of a person’s or thing’s character or quality.  The court in another case of Zaman v State (2015) LPELR-CA/J/8C/2013 Per TUR, J.C.A., defined dignity to mean the state of being noble; the state of being dignified.

Going by the definition of the keywords of Section 34 (1) of the 1999 Constitution as stated above, it is barefaced asking someone using motorcycle to push it while passing a checkpoint is an unpleasant thing and makes one to lose his self respect in the eyes of people and it also lessens the persons quality and subjects him to undeserving torture because of his status or choice of using Okada.

To boot, we all have the right to be treated equally. Stopping Okada riders at checkpoints and asking them to push their Okada while their passengers follow on foot, in my own opinion also amounts to discrimination which simply means treating someone differently simply because of who they are or their class/status.

In conclusion, when people begin to ignore human dignity, it will not be long before they begin to ignore human rights (Gilbert Chesterton). Human dignity is same for all human being, irrespective of your class or status. Therefore, it is all our duty to ensure that the fundamental rights of everyone is preserved even that of Okada riders because they are human. The strength of our fundamental right rest on our human dignity and it is worth fighting for at all time. It is apposite to state that the act of the military stopping Okada riders at checkpoints to push their Okada while their passengers follow on foot is unconstitutional and unlawful because there is no law enacted in the interest of defence or public safety justifying such actions and it should be stopped immediately.

Chidera Nwokeke is a graduate of Law and a member of Amnesty International and Fellow of Young African Leaders Initiative. He has keen interest in dispute resolution, Litigation, Human Right and Corporate Law Practice. He can be reached at Nwokekechidera@gmail.com or 08120945787. The Law And Your Right: Public Humiliation Of Citizens For Wearing...