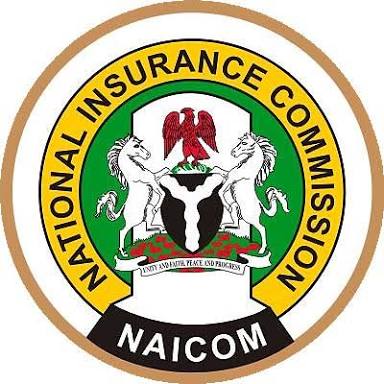 Insurance and reinsurance companies in the country, on Thursday, asked the Federal High The court, Abuja, to restrain National Insurance Commission (NAICOM) from continuing with its planned recapitalisation process.

The companies, through their lawyer, Ayodele Akintunde, SAN urged Justice Ahmed Mohammed to issue the order following NAICOM’s decision to go ahead with the process despite the pendency of the matter in court.

Justice Mohammed had, on August 13, ordered NAICOM to appear before the court following an exparte motion dated and filed on July 22 marked: FHC/ABJ/ CS/ 835/2020 brought by the plaintiffs. The News Agency of Nigeria (NAN)  reported that while the Incorporated Trustees of Standard Shareholders Association of Nigeria and Mr Godwin  Augustine Anon are 1st and 2nd plaintiffs respectively, NAICOM is the sole defendant in the suit. NAICOM had, in circulars numbered: NAICOM/ DPR/CIR/25/19 of May 20, 2019; NAICOM/DPR/CIR/25- 02/2019 of July 23, 2019, and  NAICOM/DPR/CIR/25- 03/2019 of December 30, 2019, directed all insurance and reinsurance companies in  Nigeria to increase their minimum paid-up share capital not later than September 30, 2021.

At Thursday’s sitting, Akintunde reminded that the court gave an order asking NAICOM to appear before it to show cause why his clients’ the request should not be granted. He said the enrol order, hearing notice and other processes were served on the defendant on August 17 as directed by the court. “I was served by the respondent this morning with a  memorandum of appearance, preliminary objection, as well as an affidavit to show cause,” he said.

Counsel to NAICOM, Chukwuma- Machukwu Ume, SAN, who told the court that he filed those processes to show why  the plaintiffs’ prayer should not be granted, said: “We manage to  do this within the three-day time frame was given to us.”

“We were served on Aug. 17. In addition, this morning,  we were served with another process; affidavit of facts marked  Exhibit GA6. “It is an eight-paragraph affidavit,” he said. In view of this, Ume, therefore, urged the court to either adjourn to hear the substantive matter or give his client more time to respond to the applicants’ processes. Responding,  Akintunde said though he had no objection to NAICOM’s plea asking the court to hear the substantive the suit, he, however, expressed fear on the request for adjournment.

“As I earlier said, I have had a cursory look at their processes and all the issues raised essentially hold on the jurisdiction of your lordship,” he said. He told the court that after being served with the court order on Aug. 17, NAICOM immediately issued a circular dated Aug. 17, the same date it was served, titled: “Re: Minimum Paid-Up Share Capital Policy for Insurance and Reinsurance Companies in Nigeria,” asking the companies to comply with its directive. “In paragraph two of the circular, tagged as Exhibit GA6, it talked about the minimum paid-up share capital, the timeline, etc. “And they ist certain processes,” he said.

The lawyer argued that the issue was not about the deadline the date for all insurance and reinsurance companies to meet the requirements set out by NAICOM but the fact that the recapitalisation plan, which he said go contrary with the provisions of the law was a process.

He said the plan would have an adverse effect on his clients, even at the time the world was battling with the COVID-19  pandemic and considering its economic impact. Akintunde enjoined the court to stop the move and ordered the status uo to be maintained.

“On the issue of asking for time to file his paper, I have no objection to that. “But I am mindful of the fact that the time of my ord as vacation judge will soon come to an end. “I am prepared to come back to the end of my lord’s vacation. “But if my lord we have to refer the file back to my lord, the Chief Judge, I will be asking my lord for a status quo order in terms of the recapitalisation process.

“I said this because of the circular I just raised because it is clear from that circular that the defendant is headstrong from continuing and implementing the recapitalisation process without any regard to the pendency of the matter in court,” he argued.

In response, Ume refuted Akintunde’s statement that the circular was issued after NAICOM had been served with court processes. He said the recapitalisation the plan would only take effect in 2021. After listening to the parties, Justice  Mohammed adjourned the matter until Aug. 26 to hear the defendant’s response.

“We have a matter here and we have not determined it. “And if there is a concern, what do we do before the issue of jurisdiction is determined?” the judge said.
Tribune