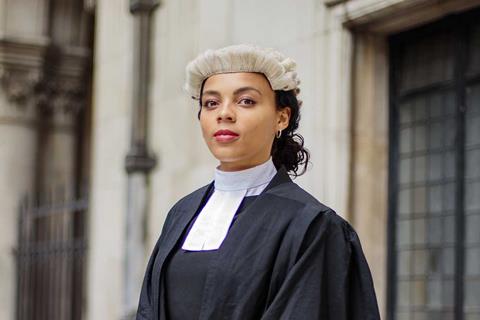 The chief executive of HM Courts & Tribunals Service has begun an urgent investigation into how a black barrister was repeatedly mistaken for a defendant in court yesterday.

Criminal and family law barrister Alexandra Wilson explained events on Twitter, saying she believed a light needed to be shone on the issue ‘especially given so many people like me seem to experience the same thing’.

She said: ‘There MUST be something about my face that says “not a barrister” because I am literally wearing a black suit like everyone else. I don’t get it. Today it actually upset me a bit but… we move x.’

Wilson, of 5SAH Chambers in London, said a security officer asked what her name was so he could find it on the list of defendants. Wilson explained she was a barrister. He apologised and guided her through security. ‘At this point I tried to shrug it off as an innocent mistake,’ she said.

After speaking to her client, she opened the door to the courtroom to discuss the case with the prosecutor who was sitting inside. ‘At the door a member of the public told me not to go into the courtroom. I asked why and she said because it’s a court, only lawyers can go in. She said I was a journalist. The usher (the one person who recognised I was a barrister today) said to ignore her and to head on in.’

‘As I opened the door, a solicitor/barrister said I needed to wait outside court and said the usher (who, by the way, was next to me) would come outside and sign me in and the court would call me in for my case. I explained I’m a barrister. She looked embarrassed and said “oh, I see”.’

Wilson walked towards the prosecutor. ‘Before I got there the clerk, VERY loudly, told me to leave the courtroom and said the usher would be out shortly. Before I could respond she then asked if I was represented. I, AGAIN, explained that I’m a defence barrister trying to speak to the prosecutor. She looked at me, said “oh right, OK” and continued with what she was doing.

‘Thankfully, the prosecutor and I were eventually able to have our conversation and the case proceeded smoothly. This really isn’t OK though. I don’t expect to have to constantly justify my existence at work.’

Wilson’s experience prompted widespread outrage from lawyers and, this morning, HMCTS chief executive Kevin Sadler apologised within the thread under her posts.

He said: ‘I’m very sorry about your experience at court yesterday – it is totally unacceptable behaviour and I’m investigating the role of my staff and contractors as a matter of urgency. This is not behaviour anyone should expect and certainly does not reflect our values.’

Amanda Pinto QC, chair of the Bar Council, said she was speaking directly with HMCTS, the senior judiciary and the CPS immediately, ‘urging more to be done to stamp out this behaviour’.

Pinto added: ‘There is more to do to change the perception of the bar, but that is no excuse for the kind of attitudes and remarks described. We are not all white, middle class men.’

Law Society president Simon Davis said: ‘This type of prejudice highlights the need for us all to reflect on the actions we can take to tackle discrimination. The Law Society is in the process of conducting research into the experiences of our black, Asian and minority ethnic members, including the impact prejudice can have on their confidence, career satisfaction and progression, and how we can drive change.’