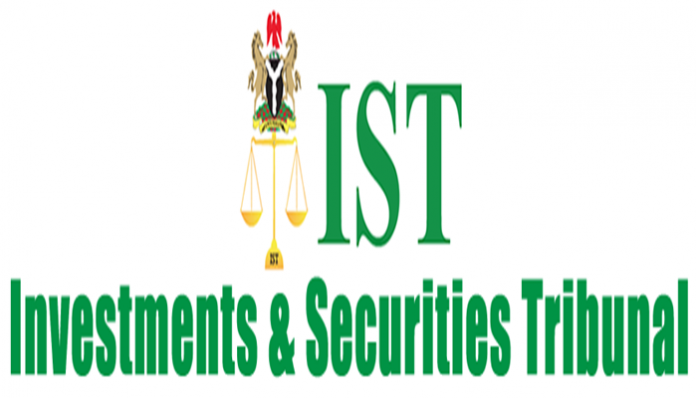 The management of Investments & Securities Tribunal (IST) has announced resumption of sittings with effect from Wednesday, May 27.

The IST, in a statement, said the acting Chairman of the Tribunal, Hon. Jude Ike Udunni conveyed the directive during a meeting with the management staff.

Udunni was quoted as saying that it had become imperative for the Tribunal to resume sittings in order to meet up with its mandate as a fast track court, with the responsibility of resolving capital market disputes in a timely manner.

However, the statement added that the sittings will deal Aonly with urgent matters that will not require the testimonies of witnesses.

He stated that court sittings will be physical and not virtual, and therefore directed every relevant department to ensure that all Covid-19 protocols stipulated by the Nigeria Centre for Disease Control (NCDC), National Judicial Council (NJC) and the Office of the Head of Civil Service of the Federation (OHCSF) are observed by staff and clients alike.

“Only lead counsel will be allowed in court so as to ensure that the two metres social distancing rule is strictly adhered to. No person(s) will be admitted to the Tribunal’s premises without a mask and body temperature gauged. Hand sanitizers and mechanical hand washing machines have been placed strategically within the premises of the Tribunal,” the statement added.

He said the Tribunal resumes sitting with a ruling in the matter between Bamidele Olaniyan against Partnership Investment Limited and three others on Wednesday at the Tribunal’s premises in Abuja.

Normal operations would resume in the Tribunal as events unfold and as directed by the federal government, the IST stated.