Home Opinions Is Blasphemy Punishable By Death In Islam? 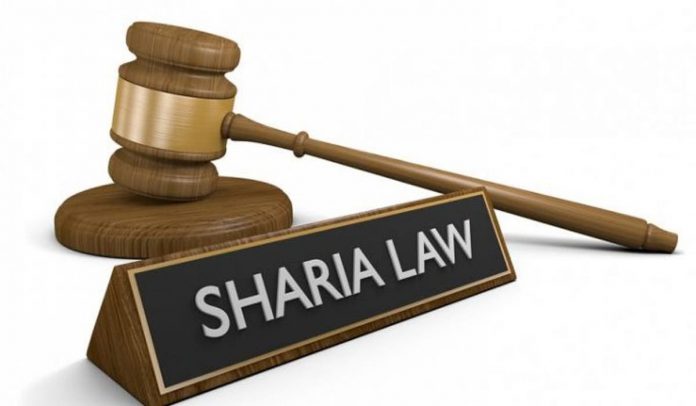 The recent death sentence passed by an Upper Sharia Court in Kano State on a 22-year-old singer, Yahaya Sharif-Aminu, for singing unpleasant tune against the Prophet of Islam, is extremely worrying. As an involved Muslim in the faith of Islam and its sacred book, I found it hard to believe, and hard to accept, that the crime for which the singer was convicted – and in which the Nigerian justice system allowed to proceed – has to do with blasphemy. Least of all, the Supreme Court, in Shalla v. State (2007) 18 NWLR (Pt.1066) 240 S.C, also stated with approval that blasphemy is “a serious crime which is punishable by death” in Islam.

The foremost question that should immediately crop up in the mind is whether blasphemy is a crime punishable by death in the Qur’an. The answer to that question is not far-fetched. For unlike the Bible (Leviticus 24:16), the Qur’an – which the Muslims unequivocally accept as the prime source of all their principles, commandments, rules, and laws directing their social as well as individual life – does not prescribe the death penalty for blasphemy. Moreover, the standard Arabic term for “blasphemy” (sabb), as it came to be known in later periods of Islam after its inception in the Seventh Century, is almost never appears in the Qur’anic text, except once in a verse that commands Muslims not to insult objects of worship of other people (Qur’an 6:108) lest they use the insult as a pretence for speaking irreverently of God.

There is no gainsaying the supremacy of the Qur’an, understood to be literally the ‘Word of God’, as the only valid and authentic source of guidance required by the Muslims in matters of religious beliefs and practices. To that extent, all extra-Qur’anic sources whether in the form of hadith (the tradition) or classical works of tafsir (exegesis) or fiqh (jurisprudence) written on any subjects by Muslim commentators of various schools of thought, interests, affiliations, approaches and movements are only secondarily so. In other words, any and all extra-Qur’anic sources are not equal to the Qur’an in terms of divinity, and hence their acceptance must be judged against the higher authority of the Qur’an.

Some might want to quarrel, however, with the repudiation of death sentence for blasphemy. Nevertheless, lurking behind this repudiation are the taunts and insults visited upon the Prophet Muhammad himself throughout his life. For example, the Qur’an states that the Prophet’s opponents accused him of being a sorcerer (sāhir, Qur’an 38:4), a poet (shāhir, Qur’an 37:36), a soothsayer (kāhin, Qur’an 52:29; 69:42), and possessed or crazy (majnūn, Qur’an 68:2; 81:22). These texts help us understand that blasphemy in itself is not a physical

offence, but a spiritual one, and perhaps, because it is not a physical but spiritual offence, no physical punishment has been prescribed in the Qur’an for anyone who blasphemes.

Morally therefore, if one commits a crime against another person, the aggrieved person has a right to pay back not in different terms, but only in the same coins. In addition, since blasphemy is not a physical offence, but a spiritual one, it will amount to a disproportionately drastic measure to avenge spiritual offence by physical retaliation. Of course, all Muslims look upon the Prophet Muhammad, peace and blessings of Allah be upon him, as a perfect exemplar for humankind and Muslims would do well to be moved and guided by his noble example. Indeed, the Prophet spared the lives of nearly everyone in Makkah when he finally took the city in A.D. 630, this despite the early and fierce taunts and insults visited upon him by the people of Makkah.

However, in this age of freedom, can anything be more sacrosanct than the right to freedom of expression, however damaging its irresponsible use might be to the other cherished values in society – including belief systems?

It is probably fair to say emphatically that unless we are living in an alternative, there is no place where all types of disparaging and atrocious expression, including individual libel, shouting “fire!” in a crowded theatre are given a free reign. Therefore, while the arguments for freedom of expression may be strong, they must be balanced against the rights of others to have their feelings, be they religious or otherwise, protected.

True enough, the European Court of Human Rights recently, in ES v Austria [2018] ECHR 891, upheld an Austrian court’s conviction of an Austrian woman, Ms ‘ES,’ after she made several derogatory statements about the Prophet Muhammad at a seminar entitled, “Basic Information on Islam.” As a member of the right-wing Freedom Party Education Institute in Austria, Ms ES had criticised the Prophet’s marriage to Aisha as paedophilia and was then convicted by the Austrian court for “disparaging religious doctrines,” pursuant to Article 188 of the Austrian Criminal Code. Thereafter, Mr ES filed an application with the ECtHR under Article 34 of the European Convention for the Protection of Human Rights and Fundamental Freedoms, against the Republic of Austria. Of course, in its conclusion, the ECtHR stated that European member states are obligated to restrict expression capable of arousing “justified indignation in Muslims.”

Let us be clear: the Upper Sharia Court’s death sentence in Kano is unlikely to deter singers who sing discordant tunes. This is because one person’s expression of religious truth is another person’s expression of religious denial. Moreover, any religion that proselytises surely invites criticism. Islam, like Christianity, is a missionary religion, and it must therefore expect strong comments directed against its doctrines. This is not to say that there should be no sanction against statements which hurt the feelings of others without reason, and which do not contribute to a debate of public interest. However, in meting out sanction, any form of physical punishment against anyone who makes blasphemous remarks must be discouraged and be totally erased from the statue books under Sharia, and in the mind of Muslims. The notion of taking the life of a person who blasphemously disrespects the Prophet of Islam does not help the cause of Islam. Instead, it darkens the fair name of the religion.

Given that no physical punishment has been prescribed in the Qur’an for verbal invectives against the Prophet of Islam, the Court of Appeal must confront the disturbing death sentence head-on by setting aside the ruling of the Kano State Upper Sharia Court. This is the only way to salvage the integrity of Islam and Muslim identities in the country. More broadly, it is no exaggeration to say that not just the outcome of Yahaya Sharif-Aminu’s case but also the future of Islam in Nigeria is at stake.

Securing the Independence of the Judiciary: The Way forward