The retiring President of the Court of Appeal, Honourable Justice Zainab Adamu Bulkachuwa commissioned a new Court of Appeal Complex in Yola the Adamawa State capital on 20th February, 2020.

Prior to the completion and commissioning of the court of appeal complex, the court  Appeal Yola was using the Women Development Center in Adamawa State as her sitting venue. The new complex will be of utmost benefit to Adamawa and Taraba State who make up the Court’s division.

The commissioning of the state of the art complex witnessed a large turn out of eminent personalities and great men of the Bar and Bench, some of the dignitaries who graced the occasion were; The Governor of Adamawa State, His Excellency, Ahmadu Umaru Fintiri, the former Chief Justice of Nigeria, Justice Mahmud Mohammed, Justice Paul Adamu Galinje, the Presiding Judge of the Yola Division of the Court of Appeal, Justice Chidi Nwaoma Uwa, Justice Danjuma Mohammed, Justice Ali Andeyangtso. High Court Judges from Adamawa and Taraba State, Senior Advocates of Nigeria, the Chief of Staff to Taraba State Government, Attorney General of both Adamawa and Taraba State, members of the Adamawa and Jalingo Bar.

Guests at the commissioning were later hosted to a dinner at the Adamawa State Government house. 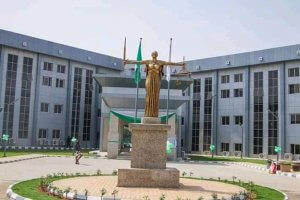 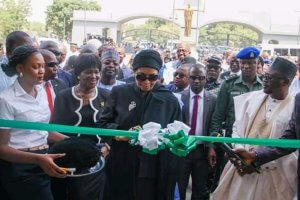 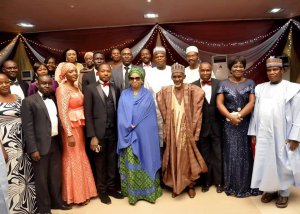