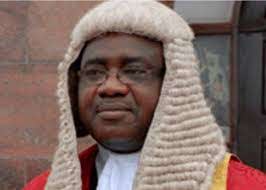 Honourable Justice Jude Okeke of the high court of the Federal Capital Territory (FCT) is dead.

Details of his death are still sketchy but it was gathered that Okeke died at the national hospital in Abuja on Tuesday afternoon.

The 64-year-old Judge was said to have complained of pains, after which he got worse.

Okeke is from Idemili North local government area of Onitsha, Anambra state. He was called to the Nigerian bar in 1985 and completed his National Youth Service in 1986.

The deceased was appointed as a judge in the FCT high court in 2007, where he rose to become the ninth most senior judge before his death.

Okeke was known to have handled many high profile cases including that of Adeniyi Ademola, a Retired Federal High Court judge alongside his wife Olubolade, and Joe Agi SAN.