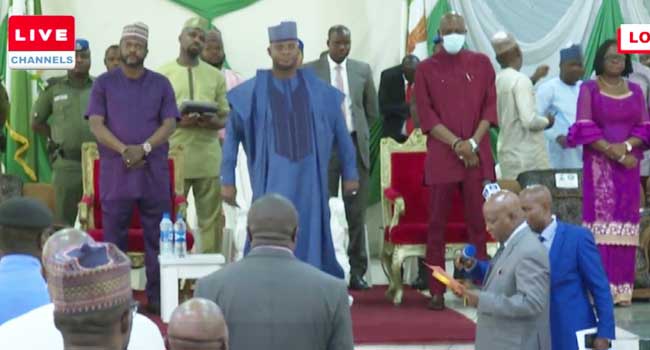 The Kogi State Government has inaugurated Justice Henry Olusuyi as the Chief Judge of the state.

The swearing-in ceremony was held on Wednesday in Lokoja, the state capital.

Justice Oluseyi was sworn in at 10:35 am after taking his Oath of Office.

In attendance are Governor Yahaya Bello, the state Deputy Governor, Edward Onaja; Speaker of the House of Assembly, Matthew Kolawole and other top government functionaries.

The position became vacant following the death of Justice Nasir Ajanah on June 29.

Similarly, the President of the state’s Customary Court of Appeal, Bayo Olowosegun, was also sworn in today.

His swearing-in comes few days after Governor Bello approved his appointment, following the demise of the former occupant of the office, Shaibu Atadoga, who died on June 22.