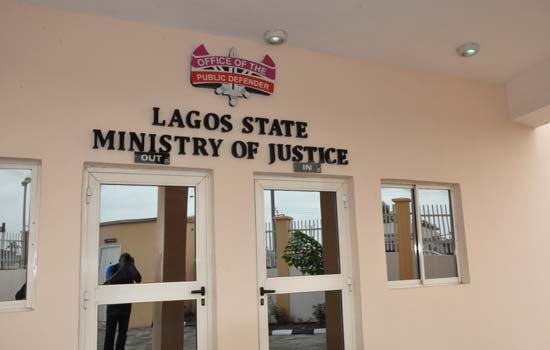 The Lagos State ministry of justice has revealed plans to discontinue 566 cases prosecuted by the police.

This follows the recommendations by the Committee set up for the decongestion of non criminal cases at the State High courts and Magistrate courts.

According to the director of public affairs at the ministry of Justice, Kayode Oyekanmi, prosecuting many of those cases at the Courts have become impracticable due to long delay, while some other cases are appropriate for Plea Bargain.

These non-active cases are from 2015 below.

These steps are a fallout of the report by another committee headed by a former solicitor general of Lagos State, Fola Arthur-Worrey, who had revealed that at least 15000 cases prosecuted by the police were pending in court.

With the findings, district prosecutors had been appointed from the ministry to screen new cases at the magistrates court before they commence in court.