Home Opinions Law on Hate Speech and Freedom of Expression; A Review 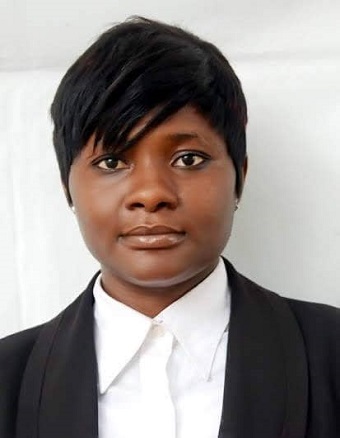 Hate speech is defined by the United Nations as, “any kind of communication in speech, writing or behaviour, that attacks or uses pejorative or discriminatory language with reference to a person or a group on the basis of who they are, in other words, based on their religion, ethnicity, nationality, race, colour, descent, gender or other identity factor.” When left unaddressed it can lead to violence or hate crimes against marginalised groups. While some statements may not immediately incite violence, they can spread seeds of intolerance and anger that lead to legitimising acts of hate.

For acts of incitement to result in violence, the following elements need to be present: a context conducive to violence, an influential speaker, a speech act that is widely disseminated, a receptive audience and a target which is often a marginalised group.

Freedom of expression on the other hand  is protected under international law, with clear rights outlined in Article 19 of the Universal Declaration of Human Rights (UDHR) and the International Covenant on Civil and Political Rights (ICCPR).

However, the international community has also agreed to certain limitations – such as on speech which advocates “national, racial or religious hatred” and “constitutes incitement to discrimination, hostility or violence.”

From the above, it is obvious that every governments must establish sound legal frameworks on hate speech which hold perpetrators accountable, uphold human dignity, protect marginalised groups, while still balancing the right to freedom of expression.

Does Criminalization Violate Freedom of Expression

Hate speech is done with the intention of injuring, damaging or inciting a person or group of persons. It causes violence against the mind. The right to freedom of expression does not extend to statements which ‘shock, offend or disturb’. A number of Human Rights Treaties permit States to prohibit Hate Speech. See for example Ar. 20(2) International Convenant on Civil and Political Rights (ICCPR). All countries seeking to build and sustain peace must as a matter of necessity have laws to check Hate Speech. Failing to do this will amongst other things increase fear, hinder trust and reasonable collaboration between different groups due to suspicion and they’d guard themselves against emotional violence. Not all negative statement can be or should be called Hate Speech. Where it constitutes incitement to discrimination, hostility or violence, there should be regulations that would ban it. This way, the people’s consciousness will be raised and those who make Hate Speeches would quickly retract their statement.

In my view, Hate Speech is not free speech and its criminalization does not in any way infringe on the right to freedom of expression (FoE), rather it holds the citizens more accountable to their expressions thereby encouraging responsibility in utterances.

There is no contradiction between the duty to adopt domestic legislation under Ar. 20(2) ICCPR and the right to FoE. The prohibition of Hate Speech is compatible with the right to FoE. The right to exercise FoE carries with it special duties and responsibilities. It is not necessarily the truth that it is used to silence critics of policies that have been poorly implemented or corrupt public officers. It’s is distinctively different from policy criticism. Criticism of policy cannot be classified as incitement against any particular group on the basis of tribe, region or religion to kill. Hate Speech regulation is needed to preserve public order (to ensure sanity) and to protect human dignity.

Nigeria must take steps to ensure everyone is accountable to their freely expressed Speeches. Any nation that wants to develop itself must say good things about itself and people. If Nigeria truly want peace, we must be responsible for our speeches. No nation grows by consistently advocating hatred against itself. What is lacking is a detailed definition of what constitutes Hate Speech and the political will to arrest and prosecute those who contravene the laws. Law against Hate Speech is not meant to silence opponents or gag the press in a bid to cover up corrupt practices. Freedom of Speech is guaranteed in the constitution and any law that hampers the freedom of the press is condemnable. Hate Speech laws are distinguishable. It must not be open to abuse and it must not be seen as a threat to democracy.

Rosemary is a Lawyer based in Lagos.

Rot, Corruption in CAC; Hindrance to Ease of Doing Business in...