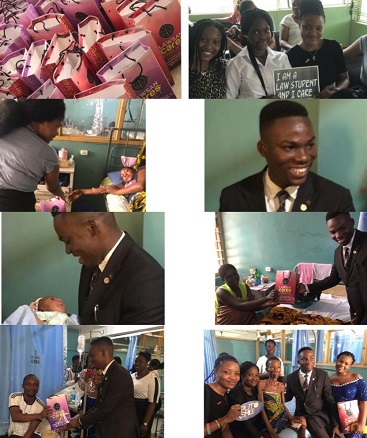 The Law Students Association of Nigeria in commemoration of this year’s children day issued a press release felicitating with them and encouraging all relevant stakeholders to give utmost attention to children stating that they are custodians of our collective future as a nation.

“As an association (the umbrella body for Nigerian law students) we prioritise the welfare of Nigerian children by making them the focal point of our social outreach programs. This commitment to the welfare and well-being of children has led us to instituting several programs aimed at catering for the basic needs within our capacity as a student body. The LAWSAN Cares project which was organized on the 14th of February this year to reach out to children in hospitals across the federation made huge impact as thousands of children benefitted from the show of love which as accompanied by the provision of basic care materials.
Also, the LAWSAN Go To School projected which was test-run in the five (5) states of the South-East uplifted thousands of secondary school students, to the extent that it was commended by Nigeria’s Vice President, Yemi Osinbajo and is set to be launched on a nationwide scale.

In the statement released from the Office of the National LAWSAN President, Sen. Emmanuel Nwobodo, government, private corporations and every adult should make it a duty to cater for children around them, as priority towards a good foundation for them remains a fundamental aspect in Nation Building. Access to basic education must be given paramount attention by governments, to mitigate the alarming rate of out of school children in Nigeria. He also commended the Federal Government’s school feeding initiative and asked for adequate measures to be put in place to curb rampant acts of violence against children and child abuse, reaffirming that securing the future of children equates securing the future of our nation. 2021 Call to Bar: NLS Reschedules Date for Screening of Candidates