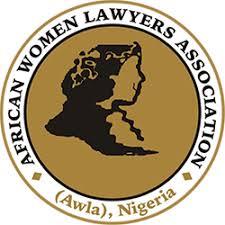 An Abuja based legal practitioner, Ms Olubukola Anike Ajiga, has called out the Chairperson of the African Women Lawyers Association of Nigeria (AWLAN) Mrs. Amanda Asagbe and another member of the AWLAN Executives, Mrs. Mulikat Thomas, over their alleged deliberate refusal to refund to her the sum of N500,000 being balance of the money she paid to the Association for a “failed land transaction since Last year July/August”.

Anike alleges that AWLAN refused to show her the land she paid for after several months of payment and also failed to issue her with a receipt of payment.

Below is the story as narrated by Ms. Olubukola Ajiga:

“I was in the FCT and I saw her advert of a land promo for N600k which had increased to N750,000. I begged her to revert to the old price but she insisted and I paid for 2 plots of land. I thought I trusted her.

I paid July ending at the rate of N750,000.00. Paid Balance 7 days later (No friendship made the price revert back to N600, 000.00). I informed them that I would like to inspect the land by first week or second week of September in the company of another lawyer.No feedback.
I travelled to Lagos and kept reminding them of my intentions to inspect the land, still no feedback. I started calling them and begging, and promised to fuel their car since the then co- lawyer had his own vehicle.

When I still did not receive any feedback, I told them that if they don’t let me inspect the land, I will like to collect my money back. Still no feedback.
While I was still in Lagos, (I am in the estate group chat) they proceeded behind me to inspect the land. That was the height I could condone.

I called Ms Mulikat Thomas and requested for a refund. She instructed that I write. I think she promised 7 days refund ultimatum. I informed Ms Amanda Asagba, she said she had used my money to pay omo onile.

Money had and received.

I took a letter to Amanda Asagba office and waited for her for hours while she held meetings upon meetings. Afterwards, she told me she was stepping out. My letter was not acknowledged. She instructed that I changed the addressee to read “the estate chairperson” instead of AWLAN chair person. I did that with a black pen to save stress. No communication since then with her.

I reported to the main group and was tongue lashed last year by some members.
Mrs Mulikat Thomas called me in September. I equally called her. That was the last we spoke.
On December 24, I received a refund of N1m and acknowledged same in the group. No communication from their end either.
This is April, I need to pay a debt by April 18th and I equally need a new less expensive accommodation here. Right now, I am paying an equivalent of over N300, 000.00 monthly for shelter”.

Realizing from the above story that the issue may have been escalated as a result of lack of communication, DNL Legal and Style informed Ms. Ajiga of our intention to speak with the persons involved to hear their side of the story. Unfortunately, all efforts to speak with both Mrs. Amanda Asagbe Chairperson of AWLAN and Mrs. Mulikat Thomas who were specifically mentioned by Ms. Ajiga were bluffed. Phone calls were ignored and whatsapp messages were read and also ignored.

It is our believe that as an Association that champion the course of women, AWLAN owes it to posterity to resolve this issue as quickly as possible and ensure that the image being projected by the Association at all times matches their interpersonal relationship with people.