Home News Lawyers Have Asked Why Justice Ikpeme is not Qualified to be CJ... 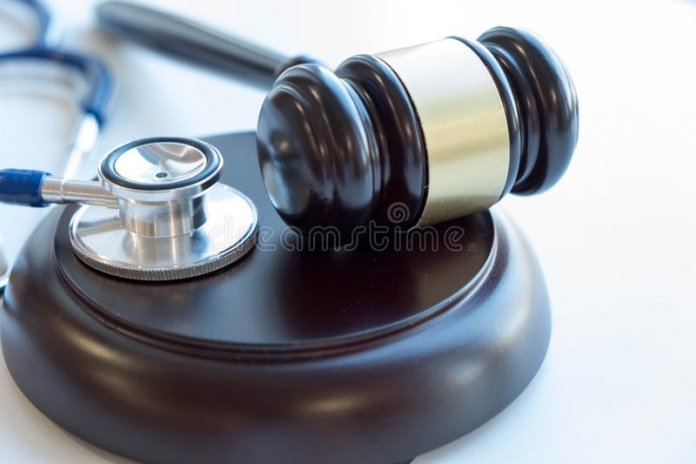 The controversy trailing the refusal of the Cross River State House of Assembly to confirm National Judicial Commission’s nomination of Justice Akon Ikpeme as the substantive Chief Judge of the state has continued to rage. This is as the Chief Justice of Nigeria, CJN, Justice Tanko Muhammed, has granted the state government’s request to extend the tenure of Justice Maurice Eneji as Acting Chief Judge of the state.

It will be recalled that when Justice Ikpeme first appeared before the state House of Assembly on March 2, 2020, her nomination was rejected as the state lawmakers said though she is married to an indigene of the state, she is from neighbouring Akwa Ibom State by birth and thus constitutes a security risk.

The House again at its sitting of June 2, 2020, rejected Justice Ikpeme’s nomination after the NJC, for the second time, re-nominated her. The argument of members of the state House of Assembly this time was that they had taken a decision and would not reverse themselves.

Note that after Justice Ikpeme was first rejected, Governor Ben Ayade on March 3, 2020, swore-in Justice Eneji as the Acting Chief Judge of the state, after the House of Assembly, screened and approved his appointment in that capacity.

Also, after the House for the second time refused to confirm Justice Ikpeme on June 2, 2020, it was gathered that the state government wrote the CJN, requesting an extension of Justice Eneji acting period.

The Cross State government, in a statement, said the NJC, has approved the extension of the appointment of Justice Eneji as the Acting Chief Judge of the state by another three months.

The approval, according to the state government, was contained in a letter to Governor Ayade, dated May 29, 2020, by the Chief Justice of Nigeria, Justice Tanko Muhammed.

The extension was made known in a statement by the Special Adviser to Gov Ayade on Media and Publicity, Mr Christian Ita. It stated that the extension of Justice Eneji’s appointment shall take effect from June 3, 2020, and end on September 2, 2020, in accordance with the provisions of Section 217(5) of the Constitution of the Federal Republic of Nigeria 1999 as amended.

Consequently, Ayade approved the extension of the appointment of Justice Eneji as the state Acting Chief Judge by three months.

Meanwhile, faulting the refusal of the state House of Assembly and the role played by the state governor in the non-confirmation of Justice Ikpeme’s nomination, lawyers have continued to describe the development as unconstitutional. Some lawyers who went to court on the matter, had also appealed a Federal High Court judgment which dismissed their suit.

States should not reject NJC’s recommendation under any guise — Odubela, SAN

Speaking on the matter, John Odubela, SAN, said: “I think that is very wrong. The law is very clear. The state government, including the House of Assembly, cannot deny the fact that it’s the NJC which recommends and they can’t know better than NJC. I can only appeal to the state government to do the needful otherwise several sanctions await them. There are many precedents to show that the state government has no option in the circumstance. But speaking for myself, I believe it does not augur well in a federal system of government. But as it is, this is the law.

“It is my humble view that a state should not decline to accept such recommendation in whatever guise. This is because a state may be considering some emotional and extraneous issues in deciding who to appoint. But NJC will be professional and consider merit in the circumstance.

“And I also think that the time has come when a state should not be considering issue of state of origin of someone who has served such state for decades; is it when it’s time to hold a position of headship, people will now be thinking of where he or she comes from? This, in my view, is unjust, barbaric, repugnant to natural justice, equity and good conscience and must be condemned by all lovers of justice and rule of law.”

Reason by the House is demeaning of their status —Prof Erugo

In his reaction, Prof Sam Erugo, Dean, Faculty of Law, Abia State University, said: “The House is acting ultra vires, without powers and in gross violation of the Constitution. Of course, they are acting in collusion with the governor. The NJC having recommended Justice Ikpeme, the matter was beyond the state House of Assembly; the governor ought to have sworn in the judge. Again, the reason given by the House is not just ridiculous and demeaning of their status, but also discriminatory and unconstitutional.”

Mr Friday Okpechi, member representing Obubra I in the Cross River State House of Assembly, frowned at the second rejection of Justice Ikpeme by the House.

Okpechi said: “As a person, I didn’t feel too good at all about the injustice meted out on Justice Ikpeme because she is very qualified in all ramifications to become the Chief Judge of Cross River State and should not be denied her right. Since the institution has decided to deprive her, some of us who are in the minority in the House only have our voices, while the majority will have their way. From the first letter to the second sent from the executive, my opinion has been in the positive but the majority will always have their way.

“The Constitution is very clear and unambiguous in this matter: the NJC has to recommend to the governor and then it is the responsibility of the governor to appoint and send to the CRSHA to give the confirmation.

“The matter is now in the CRSHA to confirm, but whether there is water running underneath, I don’t know. (Justice Eneji)having served in the first three months, according to the constitution, he is not supposed to serve another three months without recommendation by NJC. He was not supposed to do another three months without the recommendation of the NJC and in this case, the NJC has not recommended him. But there are a lot of funny things going on in Nigeria.

“But one thing I am certain of is the fact that if it is the will of God for Justice Ikpeme to become the Chief Judge of Cross River State, nothing can change that”.

On his own part, Edet Essien, a lawyer in Cross River State, said: “Governor Hope Uzodinma has just appointed an Anambra State lady the Chief Judge of Imo State because she is the most senior judge in the system. Same is the situation in Rivers State. Lagos State and others have since gone beyond the mundane issues of state of origin and they are far ahead and very progressive. We understand that Governor Ben Ayade is a lawyer, and by virtue of this, he should be aware of S.42(1)(2) and (3) of 1999 Nigeria’s Constitution as amended. I urge Ayade to embrace a progressive stand and act aright and constitutionally. We all know that the CRS House of Assembly is only reading a prepared script.

“Already, there’s a commissioner of Akwa Ibom origin in the CRS executive council. Where was this compliant CRS House of Assembly when this other ‘security risk’ slipped through? I only hope if and when he contests for the governorship of CRS, he won’t be labelled as a non-indigene. The appointment of a Chief Judge is an issue of law, not that of politics, tribe or state of origin. In the process of this constitutional duty, it is the NJC that is imbued with the unfettered power of recommendation. The positions of a governor and a House of Assembly in the process are merely ceremonial.”