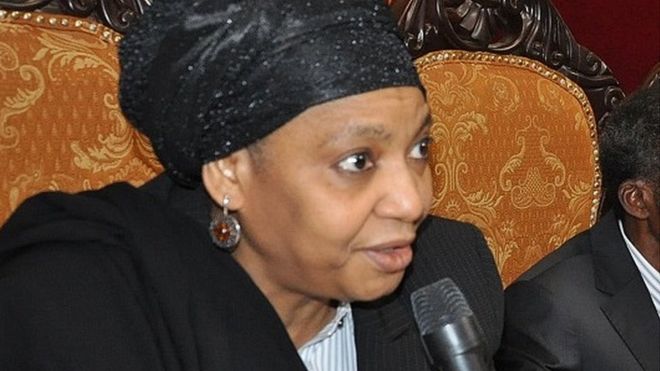 Honourable Justice Zainab Adamu Bulkachuwa, an indigene of Nafada Local Government Area of Gombe State, was born 6th March, 1950 to the family of Alhaji Abubakar Gidado EL-Nafaty in Bauchi, Bauchi State. She began her Primary Education at Tudun Wada Primary School, Kaduna in 1957 before moving to Senior Primary School, Maiduguri road, Kaduna in 1961, where she acquired her First School Leaving Certificate in 1963. She later enrolled at Queen Elizabeth School, Ilorin where she obtained her West African School Certificate (WASC) in 1968.

Honourable Justice Zainab Bulkachuwa started her work career as a National Youth Service Corp member on primary assignment at the Ministry of Justice, Kaduna in 1976. She rose through the cadre to become a Chief Magistrate from 1985 to 1987. Her commitment to service led to her appointment as a High Court Judge in 1987.

She has received a substantial number of awards, notable among which are two National Awards; OFR and CFR in 2008 and 2014 respectively. She is a member of numerous professional bodies and has served on various Judicial Committees. She has also attended workshops and seminars in Nigeria and overseas.