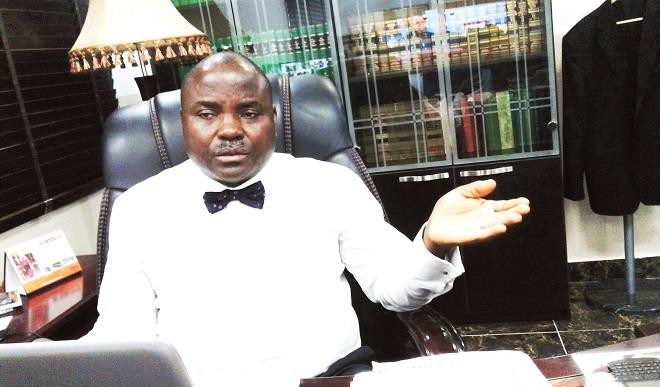 G.S Okutepa SAN has condemned the use of live ammunition on armless protesters at the Lekki Toll Gate last night.

In a statement by the Learned Silk, he noted that Extrajudicial killings cannot be resorted to in enforcing the curfew.  He further noted that in the event of breach of imposed curfew ,government ought to use civilised method of effecting the arrest of those who allegedly breached the curfew imposed.

The youths of Nigeria need to come together and resist the continued temptations of allowing themselves to be used against themselves and their interests.

My heart goes out in sympathy and condolences for those who lost their lives in the struggle for good governance and to put an end to impunity and brutality of our police and security agencies during this #EndSARS protests.

An otherwise well thought out and well-organized protests in exercise of a constitutional right was hijacked by miscreants and hooligans mainly populated by youths. This led to the most wanton destruction of both private and public properties. Those who were used or allowed themselves to be used are the Nigerian youths.

Nigerian youths cannot afford to be divided. A very noble cause by the youths has been or is likely to be truncated based on acts or omissions of some youths who found it convenient to allow themselves to be used.”

For the bloodthirsty armed personnel that agreed to be trigger happy, all I can say and to use the words of late Dele Giwa, is that no evil done to a man by a man shall go unpunished. If not now certainly in the future.

That all is not well with us as a nation is a fact too well known and appreciated by those who are in authorities. No nation should be happy to see it’s citizens slaughtered the way it happened in Lekki last night. Yes there was curfew and there was apparent disregards for the curfew, but was it right to use disproportionate force to enforce the curfew as it was done in this case. I do not think so.

Extrajudicial killings cannot be resorted to in enforcing the curfew. If there be a breach of imposed curfew government ought to use civilised method of effecting the arrest of those who allegedly breached the curfew imposed.”

The barbaric manner in which armed personnel went about the Lekki Tollgate extermination of lives of Nigerian youths is completely illegal and constitutional. The arguments that these protesters went beyond their briefs cannot justify their being slaughtered and maim the way it is being reported. Nigerians are in pains. Government cannot pretend not to know this.

Those who think that being in power is a licence to kill without regards to due process should know that the just judge will judge them.

My condolences to the families of those who may have lost their lives in this unfortunate but avoidable situation.