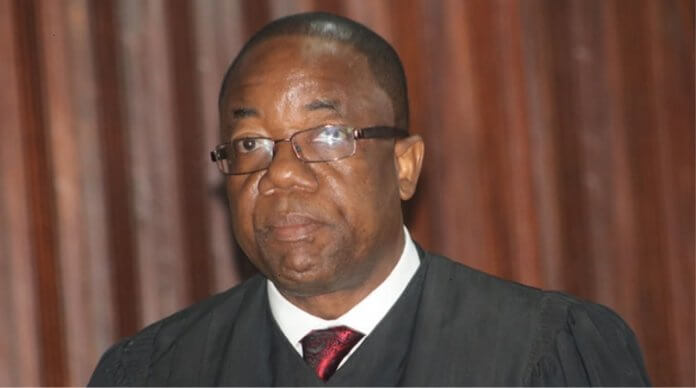 Liberian health authorities have announced that Justice Minister Frank Musa Dean has tested positive for Covid-19 and is receiving treatment in a hospital outside the capital, Monrovia.

Mr Dean is quoted as saying late Sunday night that he had been informed by Dr Musoko Fallah, head of the National Public Health Institute (NPHIL), that his Covid-19 test results came back positive

“I am hopeful.The doctors at the 14 Military Hospital are very professional and doing their best. Remember, the virus is posing a challenge to even developed countries with far more sophisticated health systems. At the moment no-one knows everything about the virus.

We must continue to observe the health protocols, especially as it relates to social distancing,” the Justice Minister is quoted as saying.

According to health authorities, Liberia currently has 124 confirmed cases of the virus with 12 deaths.

Meanwhile, President George Manneh Weah has ordered that it is compulsory for all citizens to wear face masks while in public. The Liberian leader threatened to deal with violators of the order and ordered security officers enforcing the lock down to arrest anyone found in violation.