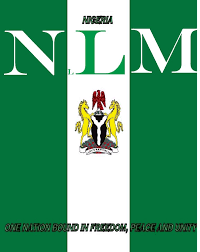 Candidate of the Liberation Movement in the 2019 Bayelsa Governorship Election, Vijah Opuama, has taken his suit seeking disqualification of Governor Douye Diri and his Deputy, Lawrence Ewrujakpor to the Supreme Court.

Also, a five-man panel of the Court of Appeal led by Justice Adezila Mshelia dismissed Opuama’s appeal on the grounds it was statute-barred and contained pre-election matters that were beyond the scope of an election tribunal.

But Opuama, through seven of his lawyers including P.D. Pius and E.A. Aluzu, approached the Supreme Court asking it to set aside the judgments of the lower courts.

A copy of the suit, which was made available to the Nation at the weekend in Port Harcourt, Rivers named INEC, the Peoples Democratic Party (PDP), Diri, and Ewrujakpor as respondents.