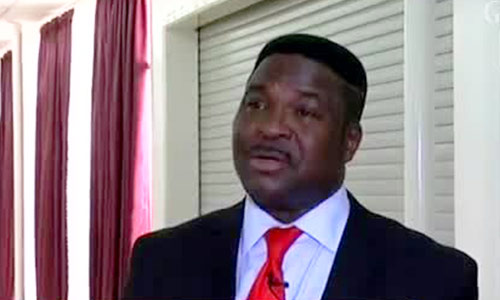 A senior lawyer, Mike Ozekhome, has said he would be appearing before the Justice Salami-led investigative panel probing the suspended EFCC boss, Ibrahim Magu, at the State House in Abuja.

Mr Ozekhome, who briefed PREMIUM TIMES on Friday morning on the latest invite said, he would be submitting a written presentation that contains 80 pages, 185 exhibits, five videos and 33 recommendations to the secretary of the panel.

He said that he will only be submitting a written presentation because the panel had earlier informed him of time constraint and can therefore not take any further oral testimony from him.

The lawyer also said that his written document is aimed at retooling the anti-corruption fight of the federal government.

However, Mr Ozekhome’s latest presentation follows his previous invite at the panel in July where he submitted six exhibits, including two video clips and some documents.

Mr Magu is currently being investigated by a panel headed by Mr Salami, a former president of the Court of Appeal, over allegations of graft and insubordination levelled against him by the Attorney-General of the Federation (AGF), Abubakar Malami.

President Muhammadu Buhari had in July approved the establishment of a Judicial Commission of Enquiry under the Tribunals of Inquiry Act (Cap T21, LFN, 2004), for the investigation of the activities of the EFCC from May 2015 to May 2020.

Mr Magu was arrested in July at the EFCC Wuse II office and immediately driven to the presidential villa, where his probe has continued to hold.

He was also detained for 10 days before his appearance before the panel. After his arrest, allegations that he diverted billions of naira of recovered funds as well as the interests accruing from the funds circulated in the media.

Issues to Headline Judiciary in 2019