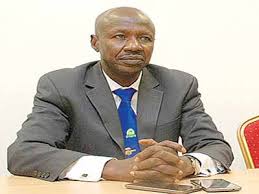 Salaam. I have just read  the Saturday Sun Newspaper of today November 14, 2020 page 30 in the NEWS Column wherein it is reported “ More trouble for Magu as CCB summons him over landed Properties “.

This is nothing but witch-hunting & persecution by the Attorney General of the Federation & Honorable Minister of Justice, Abubakar Cika Malami.  The AGF wrote a letter to the President, Muhammadu Buhari making unsubstantiated accusations against Magu. In the same letter he recommended three names as Magu’s replacement without even waiting for the President to consult the Chief of Staff, the Secretay to the Government of the Federation or Inspector General of Police, Magu’s Professional Superior. Later, they set up a Kangaroo Commission of  Inquiry comprising of Controversial Retired President of the Federal Court of Appeal, Justice AYO SALMI,  who had a running battle with retired Chief Justice of Nigeria, Justice Katsina-Alu over the Arresting of the Sokoto State Gubernatorial Election Judgement  in 2011 which caused Constitutional Crisis & Shame to the Highest Judicial Courts of Nigeria. A very unwelcome & unfortunate embarrassment to not only Nigerian Judiciary but to Nigeria internationally! Other suspect members of the Commission are Staff of the Federal Ministry of Justice ( answerable to the AGF & HMOJ ) and a Senior Police Officer ( answerable to the IGP ). From what we read in the Papers, Magu was not even given Formal Charges against him. Now when Magu’s lawyers requested AGF Malami to appear before the Commission, he Malami boasted that he was prepared to appear but when officially subpoenaed he arrogantly & publicly said he would not appear! The Commission seems to be at its wits end. Without even waiting for the Completion of this Assignment & submission of its Report, AGF Malami has now directed Magu to appear before the Code of Conduct Bureau, CCB, on November 17, to  answer on Landed Property Charges! What the Nigerians are ignorant of is that the Chairman of CCB, Barrister Muhamnad Isa was a lecturer in Bayero University, KANO but also a Part time Lawyer in Abubakar Cika Malami’s Legal Chambers as the Head in Kano. Now obviously AGF Malami gave him appointment as the Chairman of CCB to clean his own Records, spy on other people’s Records & settle scores with anyone who crosses him especially in his diabolical & over vaulting ambition to become the Governor of Kebbi State in 2023. If anybody is to appear before the CCB it should be AGF Malami whose sudden wealth is phenomenal especially since we all know his background & with the Hue & Cry over the properties he was accused of owning after the Infamous & Scandalous Marriage of his son in Kano & Birnin Kebbi. Apparently, AGF Malami has joined the ASO VILLA CABAL that feed fat on President Buhari’s illness & isolation.

Magu may be a Devil but even SHAYTAN himself was given Fair Hearing by Almighty God SWT to explain why he refused to prostrate before Prophet Adam AS.

We have a lot to divulge on more scandalous cases but obviously only to President Buhari unless he too fails to take action than we shall tell our fellow countrymen and women.

The Emir of Gwandu