Home Opinions Making and Amendment of The RPC For Lawyers In Nigeria: Questions Arising,... 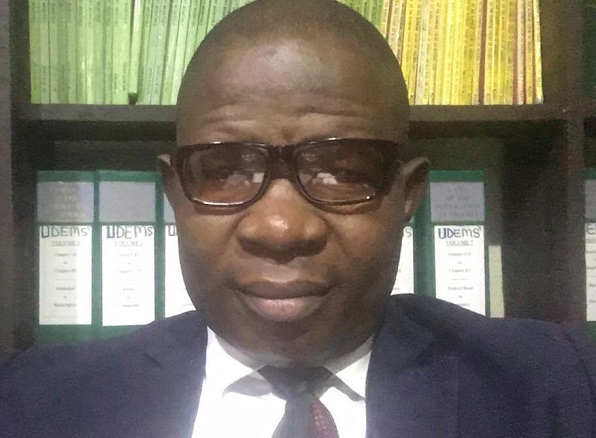 (A)   Finally, on this point, I wish to say that in all countries of the world which operate under the rule of law, politics are always adapted to the laws of the land and not the laws to politics. Let our political operators allow this time-honoured principle to sink well into their heads and hearts.” (per PIUS OLAYIWOLA ADEREMI, JSC, in AMAECHI V. INEC & 2 ors (2008) 1 SCNJ 1; (2008) 5 NWLR (Pt. 1080) 227)

(B)  “The Nigerian Constitution is founded on the rule of law, the primary meaning of which is that everything must be done according to law. Nigeria, being one of the countries in the world which profess loudly to follow the rule of law, there is no room for the rule of self-help by force to operate.” (MILITARY GOVERNOR OF LAGOS STATE VS. OJUKWU (2001) FWLR (Part 50) 1779 at 1802 & 1799).

(C) “I should have thought that fairness, even handedness and above all respect for rule of law would characterize the behaviour and standards of such men who found themselves in public offices” (per His Lordship, IBRAHIM MOHAMMED MUSA SAULAWA, JCA, in WHYTE V KWANDE (APPEAL NO.CA/PH/161/99), in a judgment delivered on January 4, 2007, the Court of Appeal, Port-Harcourt division).

NOTE: RPC stands for Rules of Professional Conduct for Legal Practitioners In Nigeria, 2007

(1)     ESTABLISHMENT OF THE GENERAL COUNCIL OF THE BAR (HEREINAFTER CALLED “The Bar Council” or the GCB”)? Section 1 of the Legal Practitioners Act, 1975, Cap L11, LFN 2004 (Revised Edition) dealing with “Establishment of Bar Council” provides:

“(1) There shall be a body to be known as the General Council of the Bar (in this Act   referred to as “the Bar Council”) which shall be charged with the general management of   the affairs of the Nigerian Bar Association (subject to any limitations for the time being  provided by the constitution of the Association) and with any functions conferred on the   Council by this Act or that constitution. (2) The Bar Council shall consist of‐ (a) the Attorney‐General of the Federation, who shall be the president of the Council; (b) the Attorneys‐General of the States; and (c) twenty members of the Association. (3)The persons mentioned in paragraph (c) of subsection (2) of this section shall‐ (a)be elected to serve on the Bar Council at elections in which all members of the   Association are entitled to vote in such manner as may be provided by the constitution of the Association; and (b) hold office for such period as may be determined by or under that constitution, and not less than seven of those persons shall be legal practitioners of not less than ten years’ standing.”

(2) CAN THE PRESIDENT OF THE GENERAL COUNCIL OF THE BAR (GCB) UNILATERALLY EXERCISE A MANDATORY DUTY/POWER EXCLUSIVELY RESERVED FOR ONLY THE GCB? Section 12(4) of the Legal Practitioners Act, 1975, Cap L11, LFN 2004 (Revised Edition) provides:

“It shall be the duty of the Bar Council [General Council of the Bar] to make rules from time to time on professional conduct in the legal profession and cause such rules to be published in the Gazette and distributed to all Branches of the [Nigerian bar] Association.”

(3) WHO HAS THE POWER TO AMEND THE RPC? HOW CAN THE RPC 2007 BE VALIDLY AND EFFECTIVELY AMENDED? The RPC, 2007, in order to be validly amended, must be AMENDED by only the General Council of the Bar, at a duly-convened meeting of the Bar Council, and thereafter published in the Official Gazette by or on the prior authority of the Bar Council.  The RPC 2007 cannot be validly amended by any member of the GCB and cannot be amended by the President or Chairman of the GCB; it makes no difference that the person purports to be acting for the GCB or that he or she purports to have “consulted” a member or some members of the GCB. Only a GCB MEETING duly convened, and an advance notice of which must have been extended to ALL members of the GCB, can effectively amend the RPC. See section 12 (4) LPA (supra). In A.G BENDEL STATE V. A.G FEDERATION & ORS (1981) LPELR-605(SC), the Supreme Court (Per OBASEKI ,J.S.C ( Pp. 128-129, paras. F-B) said:

“A Bill that has not gone through the procedure prescribed by Sections 54 and 55 of the Constitution cannot become an Act of the National Assembly and if such bill be assented to by the President, the Act is unconstitutional as the President has no constitutional duty to assent to a bill not passed by the National Assembly. See Attorney General of St. Christopher Nevis and Arquilla v. Reynolds (1980) AC 637. Bribery Commissioners v. Ranasinghe 1965 AC 172 at 193. Attorney General, New South Wales v. Trethowan 1932 AC 526. Princes Case 77 ER 496 at 505. Gallant v. The King 1949 2 D.LR 425 at 428.”

(4) Where a statute prescribes that an act MUST be done by a particular authority and in a particular way, that act can only be validly done by the relevant authority and in the prescribed manner. True or False? In SANUSI V. AYOOLA & ORS (1992) LPELR-3009(SC), the Supreme Court said (Per KARIBI-WHYTE ,J.S.C ( Pp. 19-20, paras. F-C):

“It is well settled principle of our jurisprudence and an important requirement of our administration of justice that where the exercise of a power is statutory, such power can only be exercised within the limits prescribed by the statute. – See Bowaje v. Adediwura (1976) 6 S.C.143.”

(6) For Any Amendment of the RPC 2007 to have any effect at all or to be valid, whoever purportedly amended it must prove that he or she has the statutory power to amend it. In other words, he or she must point to the specific provision of extant law that empowers him/her to so amend it  and to so do in the way he has done. True or False? In AGU V. OKPOKO  (2009) LPELR-8286(CA), Per NWODO ,J.C.A ( P. 25, paras. E-F) the Court of Appeal said:

“It is trite that where a statute vests specific powers in an institution and the exercise of such powers becomes an issue the institution vested with such powers must provide proof that the powers were exercised in the manner provided by law. EJIOFOR V. OKEKE 2000 7 NWLR (PT. 665) CA 363.”

(8) A Void Act Need Not Be Set Aside Because, Being Void Ab Initio, There Is Nothing to Be Set Aside. A purported amendment of the RPC, if not done by the AUTHORITY that has the sole/exclusive ststautory power to make/amend the RPC, is void, ineffective, of no effect whatsoever, and NEED NOT BE CHALLENGED IN COURT. In KPEMA V. STATE(1986) LPELR-1713(SC), the Supreme Court said, (Per KARIBI-WHYTE ,J.S.C ( Pp. 31-32, paras. G-E):

(9) YOU CANNOT PUT SOMETHING ON NOTHING AND EXPECT IT TO STAND. True or false? The learned jurist (Hon Justice TOBI) had in OWNERS VS ADENIJI (1993)2 NWLR(Pt 274) held as thus:

“One can add something to something, but one cannot add something to nothing because there will be nothing to receive the something. The something which will have nothing to support it will fall away, following Newton’s law of gravity or gravitation.” See also Lord Denning’s declaration in the case of Mcfoy v. U.A.C. (1961) 3 All ER 1169 at pg. 1172 that ‘you cannot put something on nothing and expect it to stay there, it will collapse.’”

“when an act is declared null and void, the position is settled that from the angle of the     law, the act never took place. It is completely wiped off and considered as extinct and     deemed never to have existed.”

“It is now well settled that where an act is void, it is void and nothing can be added to it. It is expressed in the Latin ex nihilo nihil fit. Hence if the writ of summons against a non-juristic person is void, it admits of no additions or accretion of other persons. As Denning L.J. expressed it commenting on nullity succinctly in U.A.C. Ltd. v. Macfoy (1961) 3 ALL E.R at p.1172. “If an act is void then it is in law a nullity. It is not only bad, but incurably bad…And every proceeding which is founded on it is also bad and incurably bad. You cannot put something on nothing and expect it to stay there. It will collapse.”

I have earlier stated as follows

“I repeat, SEPARATE, PRIVATE CONSULTATIONs with individual members of the GCB is not the same thing as “CONSULTATION with the GCB itself as a body.” Consultation with the GCB as a body can only be made at a meeting of the GCB properly convened and held with a quorum formed. On the issue of quorum, you argued that the Quorum for any GCB meeting is 8 members, which I agree with. However, with due respect, you failed to mention that in the present instance, whether or not a quorum has been formed is COMPLETELY IRRELEVANT because the issue of formation of quorum can only arise after you have fixed a meeting and delivered prior Notice of the proposed Meeting to all GCB members who are entitled to ATTEND the meeting. It’s on the day of the meeting, at the venue of the meeting, at the time of the meeting, that one now begins to talk about whether a quorum has been formed or not. Once you have up to 8 members present, the meeting may proceed to take valid decisions. It’s only then it’d become immaterial that (1). other members didn’t come or (2) that there is any vacancy in any part of GCB membership. If a meeting has NOT been validly convened, the issue of whether a quorum has been formed is irrelevant. To further illustrate this, let’s assume that the GCB has a total of 57 members and the law requires that a formal meeting must be held. Now, if you choose to put telephone calls across separately and privately to say 40 members, could you be said to have complied with the law? The answer is “no” because you’ve not called nor HELD any meeting as required by law. The fact you’ve spoken privately to majority of the members is beside the point. And even when you decide to comply with the law by calling a meeting of the GCB, you must send a prior Notice of the proposed meeting to EVERY MEMBER who is entitled to attend the meeting.” (See Udemezue, Sylvester, ‘2020 Amendment to RPC 2007: Where Mr. Kayode Ajulo Missed IT ‘ (BarristerNG, 18 September 2020) < https://www.barristerng.com/2020-amendment-to-rpc-2007-where-mr-kayode-ajulo-missed-it-by-sylvester-udemezue/> accessed 15 November 2020)

(a)  Udemezue, Sylvester, ‘The General Council Of The Bar Has Exclusive Powers To Issue And Amend The RPC For Lawyers In Nigeria.’ (LawAndJustice, 23 September 2020) < https://www.lawandjustice.ng/2020/09/the-general-council-of-bar-has.html> accessed 15 November 2020

(e)  Udemezue, Sylvester, ‘NBA Membership & Quod Approbo Non Reprobo: A Lawyer Files His Process in Court With NBA Seals & Then Turns Around To Claim To Not Belong To The NBA’ (TheNigerialawyer, 30 August 2020) < https://thenigerialawyer.com/nba-membership-quod-approbo-non-reprobo-a-lawyer-files-his-process-in-court-with-nba-seals-then-turns-around-to-claim-to-not-belong-to-the-nba/> accessed 15 November 2020.