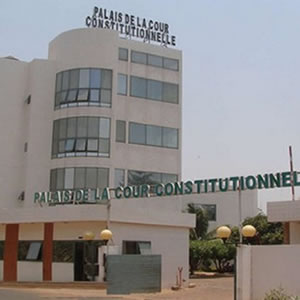 New judges at Mali Constitutional Court were sworn in Monday in the capital Bamako, after being appointed in a bid to end a months-long political crisis in the fragile country.

The 75-year-old president, wearing a protective face mask and visor, had the appointees vow to conduct themselves as “worthy and loyal” judges.

Their appointment was aimed at helping to calm a deep political impasse between Keita and an increasingly strident opposition which is intent on securing his resignation.

Last month, 11 people died over three days of unrest following an anti-Keita protest in the worst political strife Mali has seen in years. Heads of government from the Economic Community of West African States (ECOWAS) stepped in, suggesting on July 27 the formation of a new unity government to include opposition members, while sticking by Keita. They also urged the appointment of the new Constitutional Court judges to resolve a festering election dispute, among other measures.

Much of Mali’s current tension was sparked in April, when the Constitutional Court tossed out 30 results from long-delayed parliamentary elections — a move that benefited Keita’s party.

There is little indication that the new appointments will soothe tensions, however. Mali’s opposition June 5 Movement has repeatedly spurned the ECOWAS proposal and will stage anti-Keita protests on Tuesday.

The group has been channelling anger in Mali over a range of issues, including Mali’s brutal jihadist conflict which has claimed thousands of lives.

In a sign that regional leaders are still engaged in resolving Mali’s political crisis, former Nigerian president Goodluck Jonathan flew into Bamako on Monday to attend the swearing-in ceremony.

Jonathan, who had led the ECOWAS mediation mission to Mali, was also due to meet opposition and civil society members on Monday, one of his staffers said.