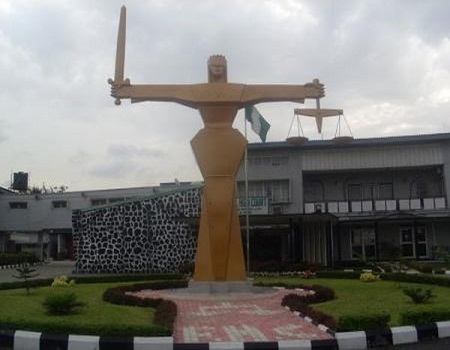 An Ile-Ife Magistrates’ Court in Osun, on Thursday, ordered the remand of a 43-year-old mechanic, Kunle Ogunbusade, in police custody over alleged N100,000 theft.

Ogunbusade, whose address was not provided, pleaded guilty to stealing when the charge was read to him.

Magistrate Muhibah Olatunji, who did not grant the bail application of the defendant, ordered that he should be remanded at Aganhun police station until the next adjourned date.

Olatunji, thereafter, adjourned the case till June 23, for the presentation of fact and sentencing.

Earlier, the Prosecutor, Insp. Abdullahi Emmanuel had told the court that the defendant committed the offence on June 11 at 7:00 pm., at Ilesa garage area, Ile-Ife.

Emmanuel said that the complainant, Mrs Kehinde Olowosoke, reported to the police that she mistakenly transferred N100,000 into the Access Bank account of the defendant, her former mechanic.

The prosecutor said that Olowosoke was trying to transfer the amount to her son but inadvertently sent it to the mechanic.

He said that the complainant immediately called the defendant when she realised her mistake.

Emmanuel further said that instead of returning the money to the owner, Ogunbusade converted it to his own use, while all entreaties to him to refund the money had proved futile.

According to him, the offence contravenes Section 390(9) of the Criminal Code, Laws of Osun, 2002.

The Defence Counsel, Mr Monday Gilbert, had pleaded for bail for his client in the most liberal terms, pledging that his client would not jump bail, but would provide reliable sureties. (NAN)