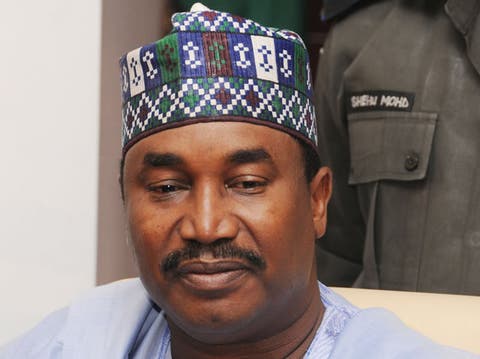 A federal high court sitting in Katsina on Tuesday adjourned further hearing on the trial of former Katsina State Governor Ibrahim Shema on the alleged misappropriation of N5.7bn SURE -P Fund during his tenure.

The presiding judge, Justice Hadiza Shagari, adjourned the case to February, 23 and 24, 2021, following an application of the prosecuting counsel, Barrister Offot Uket, for an adjournment to enable him produce some of the defendant’s statements in court.

At the resumed trial of the former governor on Tuesday, the Economic and Financial Crimes Commission’s witness, who is also the commission’s IPO on the case, Abubakar Buba, told the court that the Sure P department was a self-accounting department solely ran by the Special Adviser and Director Administration and Finance of the department and not Shema.

Buba, during cross-examination, informed the court that there was nowhere in his counter-affidavit on oath that he mentioned Shema or referred to him as the former governor in relations to the alleged offence.

Shema’s lawyer, Sebastine Hon, SAN, however, asked Buba, “Are you aware that the Attorney General of Katsina State is working in collaboration with the EFCC in investigating and prosecution of this case ?”

Bubaresponded, “Attorney General of Katsina State comes to EFCC office from time to time on this case “.

The EFCC witness who had earlier stated in his evidence that the commission,at no time arrested or detained one Naheem Lawal, later admitted that EFCC arrested and detained him when confronted with a counter-affidavit he swore on oath to establish the fact.

Also, when asked by Hon on the issue of contract inflation, the EFCC witness said, “I didn’t mention that contract was inflated in any of my statements”.