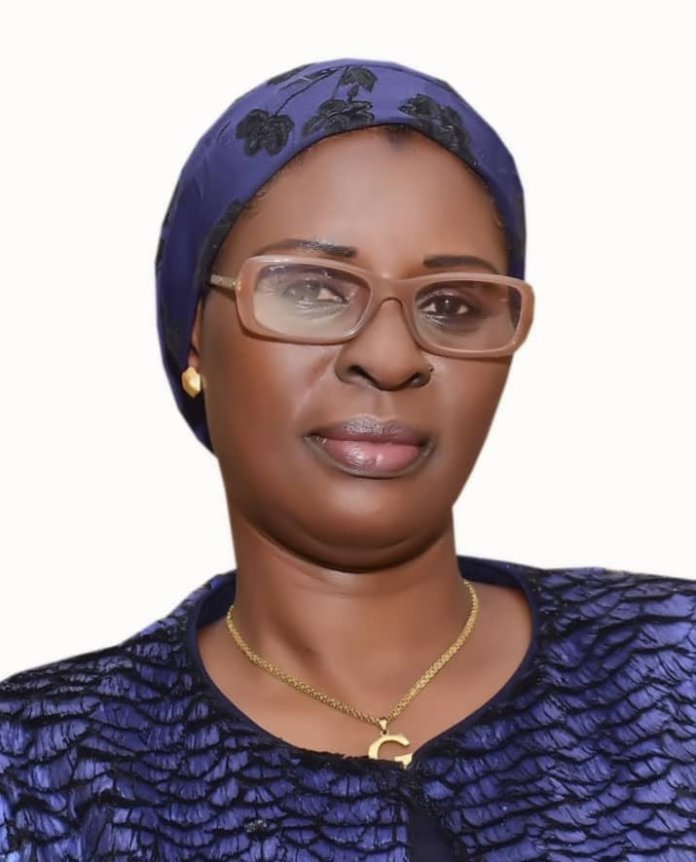 Mrs. Adenrera Olayinka Adeyemi has been appointed as the Director, Public Prosecution(DPP).

Mrs. Adeyemi was called to the Nigerian bar in 1991. She started her career with the Chambers of Olomola-Owa & Co as Junior Counsel in 1992 and later moved to Iranloye & Co where she became fully involved in litigation practice.

In 1994 she joined the Civil Service working with Lagos State Ministry of Justice as Legal Officer I in the Directorate of Public Prosecutions where she became a seasoned Public Prosecutor and rose to the post of Chief State Counsel.

She later became the Director , Advisory and Legal Services , Lagos Waste Management Authority (LAWMA). In January 2018 she was transferred back to Ministry of Justice and had a brief stint at the Directorate for Citizen’s Rights.

In April 2018, she became the Director Office of the Public Defender and was later redeployed in April 2020 to the mainstream of Ministry of Justice as the Director of Public Prosecutions.

She has LLB(Hons) from Lagos State University Ojo Lagos and Masters Degree in Law from University of Lagos. Apart from this Mrs. Adeyemi has undergone several trainings both locally and internationally to develop her managerial as well as her professional skills. Among others she attended training in Good Governance in the prestigious University of Pretoria, South Africa.

She has also been trained as Human Right Field Worker in the National University Ireland, Maynooth , Dublin. She has advance training in criminal defence from the Continue Legal Education Program of National Association of Criminal Defence Lawyers, USA. She has advance training in Trial Advocacy and undergone Course on Crime Scene Investigation by National Institute of Trial Advocacy (NITA) , Colorado, USA. She is a Faculty Member of NITA having been trained in Train the Trainer by NITA.

She is an advocate of Restorative Justice in the administration of criminal justice system and has presented papers on mediation in criminal cases internationally.

She is an International Certified CEDR Mediator UK. She is also a Chattered Mediator having undergone training with the Institute of Chartered Mediators and Conciliators, Abuja. She has attended conferences and workshops both locally and internationally including International Bar Conference.

Registration is On for the NBA-SBL Health Management Conference

Diary of a Lagos Rookie Lawyer (15): Practice Has Taught Me...