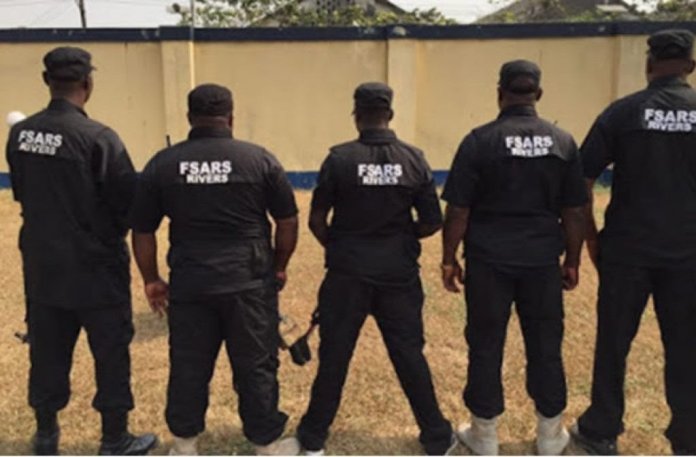 A 50-year old man, Norde Sylvester, on Wednesday said a bullet from the gun of personnel of the disbanded Special Anti-Robbery Squad killed his three-day-old daughter in Port Harcourt, Rivers State.

Sylvester, a civil servant with the Universal Basic Education, spoke at the hearing of the Rivers State Judicial Commission of Inquiry into Police Brutality in Port Harcourt.

He said the incident occurred on October 15, 2015, at his residence in Rumuohalu, near Port Harcourt.

“On that day, I was with my family in our house at no. 9 Hon Close, off Omodudoro, few metres away from the SARS office on Nelson Mandela Road.

“There had been shootings by SARS men which continued till we went in to sleep. We woke up in the morning to discover that one of their bullets penetrated the roof and killed my only daughter, a three-day-old baby.

“I picked up the bullet and went to the SARS office. When I got there, I told them that they have killed my daughter.

“Two of the SARS men ordered me to go back, threatening that if I did not leave, I would join my daughter,” he said.

However, the counsel for the Commissioner of Police, Mrs Mercy Nweke, during cross-examination, faulted the petitioners claim, wondering why he did not report the matter at the police station, noting that the bullet was not enough evidence that his daughter was killed by SARS men.

But the counsel for the commission, S. O. Inko-Tariah, objected, saying Nweke was not an expert and could not determine if the bullet was used or not.

The commission’s chairman, Justice Chukwunenye Uriri (retd.) said the evidence provided by the petitioner was of public interest and admitted it as an exhibit, asking Sylvester what he wanted.

“All I need is justice for my baby that they killed and also my house that was damaged,” Sylvester replied.

Also, a 40-year old man, Tamunodiepreye Akalugogbo, told the panel that SARS men killed his 14-year-old son during the #EndSARS protest in the Oyigbo Local Government Area in October.

Akalugogbo explained that following the deployment of soldiers to Oyigbo following the protest, people ran helter-skelter, but his son was nowhere to be found.

“So, we started looking for him and found him on the road in a pool of blood with bullet wound,” the petitioner said.