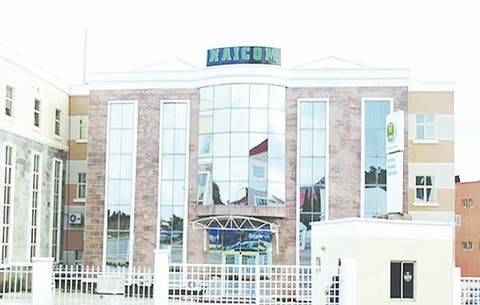 The National Insurance Commission, on Tuesday, pledged to stay action on its planned recapitalisation of insurance and reinsurance companies in the country.

NAICOM gave the assurance through its lawyer, Mr Chukwuma-Machukwu Ume (SAN), when the suit challenging the process resumed before Justice Ahmed Mohammed of the Federal High Court in Abuja, on Tuesday.

The incorporated trustees of the Standard Shareholders Association of Nigeria and Mr Godwin Anono had jointly sued NAICOM as the sole defendant in the suit.

The plaintiffs are by their suit challenging the legality of the recapitalisation process.

But, the plaintiffs had through their lawyer, Ayodele Akintunde (SAN), instituted their suit to challenge the recapitalisation policy, which they argued was commenced by the regulatory body without compliance with the requirements of the law.

At the resumed hearing on Tuesday, Justice Mohammed noted that there was no situation warranting an urgent hearing of the case.

He added that his time as a vacation judge would end on September 25, hence, he would have to send the case file to the Chief Judge of the court for re-assignment to another judge.

But the plaintiff’s lawyer, Akintunde, expressed fear that if a restraining order was not issued against NAICOM by the court, the agency might go ahead with the recapitalisation process while waiting for the matter to be heard and determined.

Responding, however, NAICOM’s lawyer, Ume restated his earlier pledge that his client would not continue with the recapitalisation process until the determination of the suit.

“Since we have been coming in the last three weeks, nothing has changed. Everything has remained. My lord, it can never happen,” he said