Home News National Assembly Has the Power to Invite Buhari: A Reply to Malami 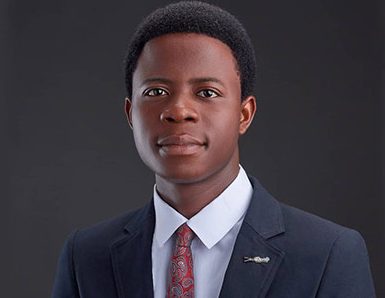 The Attorney-General of the Federation, Abubakar Malami (SAN), has said the National Assembly lacks the power to invite President Muhammadu Buhari, to speak on security matters. This is coming a few days after the President agreed to honour the invitation of the House of Representatives to address a joint session of the National Assembly on the security challenges in the country after the unfortunate massacre of 43 farmers in Borno State. In light of the relevant constitutional provisions, we are compelled to respectfully disagree with the Honourable Attorney General and we humbly hold the view that it is yet another exculpatory defence to shield the President from responsibility and accountability.

Without doubt, the clear position of the law is that by virtue of Sections 88 and 89 of the 1999 Constitution of the Federal Republic of Nigeria (2011 as amended), the National Assembly is empowered to invite or summon “any person in Nigeria” to answer questions relating to areas within its legislative competence and for the purpose of enabling it to “expose corruption, inefficiency or waste in the execution or administration of laws within its legislative competence and in the disbursement or administration of funds appropriated by it” [Section 88(2)(a)(b)]. The phrase “any person in Nigeria” ipso facto means that all human beings in Nigeria – Public officers, citizens, non-citizens and the President, inclusive can be so summoned or invited.

From the foregoing, it can be safely canvassed that the National Assembly, in exercising its power to make laws for the peace, order and good government of the Federation under Section 4 of the Constitution, is empowered to invite or summon the President to answer questions on issues of security. The security of Nigeria is not a private affair of the President and the failure to secure the people is a matter of public interest. The members of the National Assembly are representatives of the Nigerian people and the president has a duty to be accountable to them by explaining why the killings have continued unabated.

It is pertinent to note that the immunity clause under Section 308 of the Constitution does not shield the President from being accountable to the people through the National Assembly. The intent of the framers of the Constitution is to shield the President and elected executive from civil or criminal proceedings which will enable him to focus on his primary assignment in office. The invitation by the National Assembly is neither a civil nor criminal proceeding. It is a call to accountability, a part of his duty. The constitutional provisions on immunity do not extend to answering the calls by the National Assembly to give explanation on issues of security.

President Muhammadu Buhari is under a moral, ethical, legal, administrative and constitutional obligation to honour the invitation of the National Assembly. Where the government fails in its duty to provide security for the people, it invariably suggests that it has a case to answer – it owes the people some explanations. The President has a duty to be accountable to the people under the Oath of Office he took under the Seventh Schedule of the 1999 Constitution.

Curiously, subsection 2 of Section 67 provides that a Minister of the Government of the Federation shall attend either House of the National Assembly if so invited. The implication is that a serving Minister, unlike the President, has a duty to honour the invitation of the National Assembly if invited. He is mandated to honour the invitation. The question is: who is the Petroleum Minister? President Muhamammadu Buhari is the Petroleum Minister, albeit in violation of the Constitution. Thus, he has a compelling duty to appear before the National Assembly had it been he was invited in that capacity.

Furthermore, in the United State from where we modelled our Constitution, the President honours the Congress when summoned to answer questions on burning issues. It is on record that President Barrack Obama, for example, was twice summoned to address the Congress on issues of national importance and he so obliged. Same thing with President George Bush who was summoned twice by the Congress and he deemed it fit to honour them. Why is our case different?

In the final analysis, it is important to point out that the killing in the country cannot continue without a credible and long-lasting solution. People’s lives are too sacred to be toyed with and taken away without lawful justification. Those entrusted with the responsibility of safeguarding the lives and properties of the people cannot continue to play hide and seek when called to account. There can be no great nation in the absence of accountability and transparency. The National Assembly has rightfully and constitutionally summoned the President to make an explanation over the worsening state of security in the country. The President should discountenance the plainly erroneous counsel of the Honourable Attorney General and embrace the voice of reason.  Only the guilty are afraid.