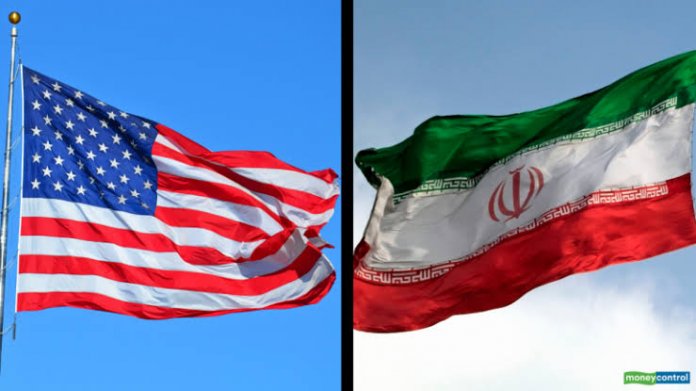 “Men rise from one ambition to another: first, they seek to secure themselves against attack, and then they attack others.” -Niccolo Machiavelli

Generally, the threat or use of force of all U.N. members against the territorial integrity or political independence of any state is prohibited by virtue of Article 2, section 4 of the U.N. Charter. However, a preemptive strike is that which a nation has a right to, where she believes reasonably that there is an imminent invasion or attack from an aggressor. For this act to be justified as an act of self defense, two conditions must be fulfilled: firstly, the actor must have believed that the threat is real as opposed to (merely) perceived and secondly, the force used in self defense must be proportionate to the harm which the actor is threatened.

Since the Iranian Revolution of 1979, the government of Iran has been accused by several countries of training, financing and providing weapons and safe havens for non-state militant actors, such as Hezbollah in Lebanon, Hamaz in Gaza amongst others. Because of this age-long tension, especially between Iran and U.S, there arose negotiations spearheaded by the former U.S president Barack Obama; between Iran and the P5+1 (US, UK, Russia, France, China + Germany).

The Joint Comprehensive Plan Of Action is a comprehensive agreement signed in Vienna in July, 2015 on the nuclear program of Iran, in which Iran accepted significant restrictions on its nuclear program, all of which would last for at least a decade. There would only be allowed for Iran, a certain level of Uranium enrichment for peaceful use in exchange for a level of Sanction relief. However, President Trump campaigned a day after his election in 2015 that he was going to tear up the plan, which he eventually did in 2018. He felt that Iran should give up entirely on her nuclear ambitions. Some scholars say that this also increased the tension between the U.S and Iran.

The Islamic Revolutionary Guard Corps has not always been known as a terrorist group. U.S designated IRGC as a terrorist organization, thus making the head of the group, Soleimani a terrorist. What happened to General Soleimani on the 3rd of January, 2020 was an assassination of which the question of its legality remains unanswered. It is alleged that Trump’s attack on General Soleimani in a foreign country was politically motivated. Earlier this year, Trump was impeached as he was alleged to have abused his office for personal interest, as the House of Rep agrees through majority votes.

The skepticism surrounding Trump’s sudden decision to order the assassination of General Soleimani is not unfounded. As a matter of fact, majority of the members of the U.N. has said that Trump’s act was irrational. U.N. Human Rights expert, Agnes Callamard tweeted that the air strike in Baghdad appeared to be “far more retaliatory for past acts than anticipatory for imminent self defense”. On Sunday, the 12th of January, U.S Secretary of Defense Mark Esper said he was never shown any specific piece of evidence that Iran was planning an attack on four American embassies as Mr Trump had earlier claimed. This further raises skepticism as to the necessity of Trump’s strike.

Having threatened to start proxy wars thereby attacking U.S interests in Dubai, Israel, Iraq and even U.S itself, the riddle in the enigma surrounding the Middle East politics is that that there are so many interests involved. Thus, a war with Iran will not be a two-state affair. It will be multi-Polarized because Iran has a military defense pact with Russia, whereby Russia supplies Iran with logistics, military hardware and reconnaissance.

With regard to Nigeria as to whether she can benefit from the war, it is myopic to look at the temporary gain of Nigeria in the increase in oil price and stocks. What will happen if and when the war escalates? Nigeria has a significant number of Shiite minority, hence there could be a proxy war. Moreover, the dynamics are very unstable. Our oil production could be crippled through insurgency by our own Shiites who could be used in proxy wars. More-so, the war between Iran and U.S is prone to miscalculation as was seen some days back where Iran mistakenly bombed a Ukrainian Commercial airline.

In conclusion, this subject matter is a very sensitive one because it has a probability of escalating to a Third World War. A war of “all” against “all” which will serve nobody’s interest. As Albert Einstein said “I know not with what weapons World War III will be fought, but World war IV will be fought with sticks and stones.”

For the Love of Justice – Nwokocha Chidinma Grace