Home NBA News NBA 2020 Election: The Man I am Looking For 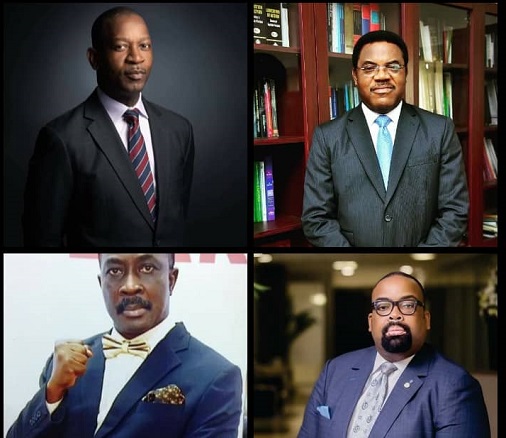 So, I paid my bar practicing fee for 2020 today and I am feeling very entitled. Entitled because I have just qualified to cast my vote in the 2020 NBA National election. While in that mood, an idea dropped in my head. Who is the man I am looking for? This also reminded me immediately of my 2018 topic during the build up to the NBA election; NBA 2018 Election: The Price for My “One Vote”. I am naturally allergic to noise. My apology to all noise makers but a part of me wishes that you could all just stop the noise. But then, I understand that politics takes a certain general characteristic. Based on this understanding, I made a conscious effort to always stand in the middle. There are many reasons why I like to stand for everybody and for nobody. One of it is to ensures that each day I wake up, I am able to say what I feel like saying without having to set my conscience against my pocket and vice versa. Another is to be able to keep my head and use it objectively. But, I digress. Today, I want to talk about the man who would take my “one vote” once more.

So that we are all not turned into what we are trying to forbid, I think that it is very important that every lawyer in Nigeria (whether you belong to NBA by force or consent) who is interested in the welfare and salvation of the legal profession should reflect on this question; Who is the man you wish to oversee the affairs of the NBA? It is my utmost desire and I sincerely hope that lawyers in Nigeria would reduce the ‘complaints’ and begin to take action. It is a professional association. We can actually remedy things if we stop the litany of bad deeds and take up some responsibilities by looking beyond all past experiences and perception. Endless complaint is what it is, endless. It leads to nothing and nowhere? It was only when I decided that come what may, the NBA belongs to all lawyers and if I have to cough out so much to remain a member, then I must ensure that my stakes count for something.

So, who is the man I am looking for to become the President of the Nigerian Bar Association come August, 2020? Would it be the indefatigable Deacon? Dele Adesina SAN, whose passion for the NBA and NBA activities has remained consistent? Or, Should I just caste the vote for Dr. Ajibade SAN? The amiable, very articulate and result oriented Doctor of Law. Should I consider the one that is celebrated as the “Doyen”? Olumide Akpata. Or should I just ignore the gentlemen who are “more cosmopolitan” (quoting Adesina Ogunlana himself) and just go radical? The radical agenda promises to sweep us all off our feet and stir us from our docility? Who should my one vote count for?

First, the man I seek must be a man of integrity. Integrity for me is everything. Everything rests on integrity as far as I am concerned. There is absolutely nothing good that can stem from a man without integrity. He would lead his followers astray. He would destroy every good work and replace it with vileness. He would mess up the system and leave a legacy of corruption. He would be bad news for the next generation. I would be doing a man without integrity a disservice if I vote him into a public office. Because I would only be giving him the power to exhibit his folly. But if I ensure that he does not get into power, I would have helped to ensure that his evil ways do not count against him in the public. (words of my father).

Second, the man I seek must be able to assure me in words and convince my spirit that he is ready to consolidate on whatever is good that has happened in NBA in recent time and present at least one or two more good work I can hold him accountable for at the end of his tenure. I have decided to ignore the many promises. I do not want the man that has the manual to restore the NBA to the days of the “super humans”. I am tired of hearing those lines and they have become cliché. Times have changed and I am not even sure I want that NBA of the ancient time. What worked then may not work now. So, it’s a gamble I am not ready to take. Don’t worry about the past years, let the past stay in the past, let us make progress.  Tell me how you would consolidate on the good works that are in existence now. Let me be specific. A.B Mahmoud raised the bar by pitching NBA with other leading bars around the globe. What do you intend to do with the success made? When Paul Usoro took over,  his mantra was transparency and accountability. Having followed closely his administration’s stand on prudence and accountability, I have no doubt that the only way forward is to look for someone who would sustain the financial control mechanism he has put in place and possibly improve on it. Let us have the audits, let us have the quarterly reports. The provisions of the amended constitution of the NBA on financial reporting should be given the desired attention.  I understand also that the once moribund insurance policy for lawyers has been revived. Let the families of deceased members be given something, no matter how little. A typical example of the kind of consolidation I seek is that which is shown in the organisation of the NBA-AGC. A.B Mahmoud raised the standard, Mr. Usoro improved on it. Please keep tab of these little achievements, as you ask for my vote.  I prefer a gradual, steady and consistent growth, after all, that which took many years to destroy, should naturally take more years to rebuild. I will not be unreasonable as long as there is progress.  I am not asking for too much. Consolidate on the existing good and introduce just a few, then, move away for the next person after two years. In less than ten years, we would have the NBA of everybody’s dream, or almost! When consolidation becomes consistent, systems run on autopilot. That is the kind of NBA that I look forward to. The only way to do so is to continue to seek for progressive, liberal minded and goal driven leaders who would not play to the gallery but have the objective mind to continue from where others stopped. Any of the four contenders that exhibits these characteristics would surely have my one vote.

Third, I seek a bridge builder. A bridge builder is naturally a peace maker and a peace maker achieves success. NBA has become one broken and divided professional association that is not able to speak with one voice on any issue. A house divided against itself cannot stand. I am of the firm believe that the persistent onslaught on the judiciary would not have been successful with a united bar. There are natural consequences of peace and unity. You do not want to know what disunity can do to the best of ideas. We are tired of the many voices. Let that man who is desirous of bringing all the voices of opposition without diminishing our already existing good standards step forward and have my vote and that of many in my shoe. Do not tell me how you have the manual to solve all the problems in NBA because you do not. Nobody does because it does not exist in the first place.

Finally, I wish I can stop you all from these many trips and noise. It hurts the body, it weakens the soul and it stresses the mind. I understand that you all want to be popular. I understand that you all want to be in the consciousness of the people, I also understand that there are lawyers in the hinterland who you have all decided to remember only when elections are around the corner, just like Nigerian politicians. I wish you all the best.  I am not in the hinterland, if I was, this would be the time for me to ignore you all. With these few highlights, my search for the man who would take my one vote begins. What about you? Who is the man you are looking for?

PS: I take the back seat as usual to start my watch over all the contenders. May posterity judge all our actions or may be not!

Notice of 2022 Annual General Meeting of the NBA