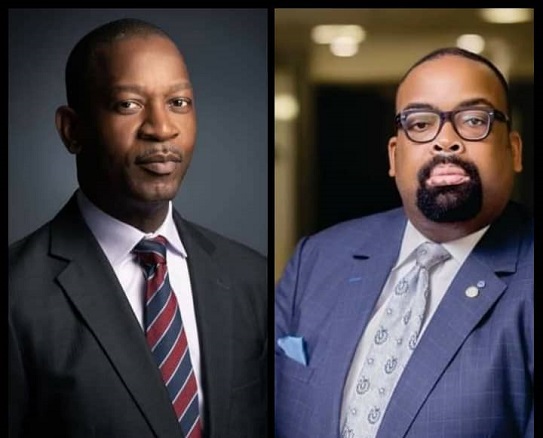 As a keen observer of the political affairs of the NBA, during the last National Elections that brought in Paul Usoro SAN as the President, there were a lot of talks about NBA shifting gears from the “conventional NBA Politicians” to “technocrats” from Section on Business Law. The assumption was that the “conventional NBA Politicians” were not serving the best interest of the Bar, hence the need for a change.

I recall that the audacity of Paul Usoro SAN was called to question during the last election. He was accused as not being “a Bar Man” (meaning not an NBA Politician). He was challenged to name his contributions to the activities of NBA. I guess the name callings and public dragging stopped when Paul Usoro SAN revealed the sums he had contributed to the activities of his local branch (NBA Lagos Branch) and indeed at the National level. After a long drawn contest, Paul Usoro SAN emerged the winner. That victory was significant in a number of ways, one of which was a seeming success on the part of the “technocrats” as against the “NBA Bar Men”.

The build up to the forthcoming election has revealed that the same card played during the last election would play itself out again. The question is, are the “technocrats” as united as they were during the last national election?

Dr. Babatunde Ajibade, SAN and Mr. Olumide Apata are prominent members of the elitist club of the NBA. They are both members of the NBA Section on Business Law (the NBA technocratic caucus). They have both paid their dues to that vibrant Section of the NBA. They are both members of the unarguably the branch with the highest number of “technocrats”, the NBA Lagos Branch. They are Partners of top tier law firms in Nigeria, nay, Africa. Their points of convergence are too numerous to recount here. Would the participation of these two giant “technocrats” help the cause of their caucus? Is there a division in that caucus? Have the “technocrats” dropped their agenda and decided to go back to the business of developing their practices and leave NBA Politics to the “NBA Politicians”? Should Dr. Ajibade and Mr. Apata go ahead with their political ambitions without a consensus single candidate between each other, that may be the end of the “technocrats” ambition of retaining leadership of the NBA.

One more thing, while Paul Usoro SAN may have come to power under the “technocrats” agenda, he may not be really interested in continuing the agenda. This time last year, the body language of A.B Mahmmud SAN was seemingly tilting towards Paul Usoro SAN. He was representing AB in a few public engagements. I doubt Paul Usoro SAN is down for that kind of strategy during this election. So, the technocrats really need to hold an emergency meeting to put their house in order.

The technocrats need to come together to offer a single candidate for the National Elections. They should assist some of us in making the forthcoming election a bit more challenging and interesting. More like, they should make the election worth our while.

Is the unwritten code of the NBA Presidency exclusive to a Senior Advocate of Nigeria still sacrosanct, if yes, the technocrats may begin with that in engaging their two giant members for a single candidate.

PS: Adesina Ogunlana did not feature in this post. He will have a separate engagement. I would be back with that shortly.