Home News NBA-AGC 2020: Gov. El-Rufai Reacts To The Withdrawal Of His Invitation 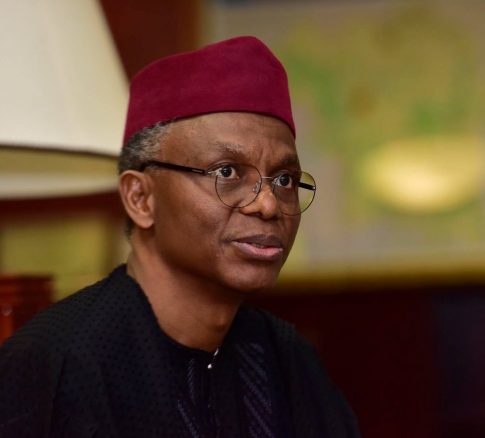 The Governor of Kaduna State, Mallam El-Rufai has reacted to the decision by the Nigerian Bar Association to withdraw an earlier invitation extended to him by the NBA to speak at its 2020 Annual General Conference scheduled to hold between 26th and 29th August, 2020

In a statement issued by his Media Aid, Muyiwa Adekeye, El-Rufai noted that the action of the NBA signalled an unfortunate embrace of injustice, unfairness, absence of fair hearing and total disregard for the rule of law. He also clarified that the decision to speak in the conference was that of the NBA and noted that the defamatory statements will get the appropriate response.

“Malam El-Rufai will continue to contribute to the national conversation

When lawyer friends requested Malam Nasir El-Rufai to accept the invitation of the NBA to participate in a panel discussion on national identity, he accepted as part of his commitment to having a national conversation and the evolution of a national consensus.

NBA platform or not, these worthy conversations must continue. He will continue to make his voice heard on the things our country needs to do for its progress.

While the decision about who speaks at its event is clearly the NBA’s, Malam El-Rufai wishes to make clear that he did not seek the platform and is not agitated that he has one less speaking engagement.

However, the circumstances of the last few days warrant some comments. That a professional organisation has elected to endorse a one-sided narrative on a profound national issue is something that its members may wish to reflect upon. For an association, whose bread and butter is about justice to make a ruling based on the stridency of people who lampoon judicial processes against certain individuals without hearing the other side is odd. It bears noting that in its response to pressure, the NBA leadership has signaled an unfortunate embrace of injustice, unfairness, absence of fair hearing and total disregard for the rule of law.

The defamatory statements in the petition is another matter entirely, and they will get the appropriate response.

Malam Nasir El-Rufai has taken several actions on the security, institutional and technology fronts to address the legacy of violent strife in the state. He is the governor that made permanent military and police bases a reality in southern Kaduna, after close to 40 years of waiting. He is the governor that set up a Peace Commission to nudge communities to embrace their responsibility to live in peace and harmony.

He has done this with equality of concern for all residents, not just those with access to the media and who are able to mobilise sentiment even when they are part of the problem. His investments in building a constituency for peace, anchored on the rule of law, respect for the citizenship rights of everyone and an embrace of the obligations of a common humanity will continue.

Malam El-Rufai remains focused on the tough and hard work of stopping the bleeding and the needless breaking of bones.”

It would be recalled that the NBA at its pre-AGC NEC meeting held on Thursday, 20th August, 2020 had taken a decision to withdraw the invitation earlier extended to the governor as one of the speakers at the 2020 Conference. The decision followed agitation by many lawyers on the appropriateness of El-Rufai speaking at a lawyers event in the light of the killings going on in Southern Kaduna.

The Healthy Lawyer: Health is Wealth